Throughout the month of December, I’ll be participating in #reverb13: Reverb is a way to reflect on the past year and project into the next year with a prompt a day for 31 days.

Day 13 – Favorite things:
Give us a list of your favorite things from 2013. Could be material items, food, people, anything!

Since I don't think people are "things", I'm kind of disregarding that part of the question, and since I'm behind on these posts, I know there is a food one coming up next, so I also will diregard the food part of this question.  As to my favorite material items...

I've said it before, I'm not much of a things person. We try hard not to buy much "stuff" so that instead we can buy plane tickets to Europe and drop 120 euros on the long gondola ride for example.

So far and away, my favorite "thing" in 2013 was passport stamps.  Plus, I got a new country for the first time since 2010 maybe (?) -- Liechtenstein!  My second favorite "thing" was travel within the US.  2013 held non-work trips to Pittsburgh (twice), Mardi Gras in Mobile, Kansas City, San Francisco, and San Antonio.  Plus the trip tonight up to Wisconsin.

But of course there were a few legitimate material "things" that really made a difference this year.  While I have awesome stuff that works in my life on a daily basis -- a car, my Garmin, my workout gear, my iphone, my work calendar, etc., instead I'm going to focus on material things that were new to my life in 2013.

First and foremost (since I'm loading up my suitcase to fly home for Christmas tonight!):  compression packing bags.  I'd heard about these before, but I never investigated.  Part of me thought you had to have a vacuum to use them, which would be totally useless in a hotel when you packed to return home.  While that may be true for some, I ordered a few sets from Amazon and you just squeeze out the air.  They're basically like big and durable ziplock bags with special slides to close them.  And they have totally revolutionized my packing.  Even for things like a business trip where my suitcase has plenty of available space, I love using the bags to keep everything separate.  One bag for my dinner clothes when I land, one bag for workout clothes for the morning, one bag for work clothes the next day, etc.  And it works even better for Christmas when I'll be in three separate places -- clothes for Milwaukee, clothes for up north, clothes for the couple days before we fly home.  Each in its own bag!  Ahhhh, it's like what I think guys experience in a wet dream.  The absolute best was going to Europe and putting ALL my marathon stuff into one bag.  It made it very easy to be sure I didn't forget anything race morning.  And then being able to pack up dirty, smelly clothes (especially running clothes) and zip them away, wow!  So nice!  The one caveat is that when you use the bags, especially for a long trip where you're filling your suitcase to the brim, you can cram a lot more clothes into your suitcase and essentially it makes your suitcase feel like a brick.  I've had the same suitcase for several years, so I thought I had a good sense of its weight when it was jammed to the gills.  But jammed to the gills using compression bags seemed to transform it from something I could hoist into an overhead with some effort into a bag where I had to alert seated passengers below and carefully attempt to lift it in using several steps (armrest, headrest, overhead bin) (or find some nice guy to do it for me...) (blech, I hate that).  But I'll gladly deal with a dense and heavy suitcase to have a huge range of stuff with me, or like I said, even without a lot of stuff, just using them for organizing.  What they look like: 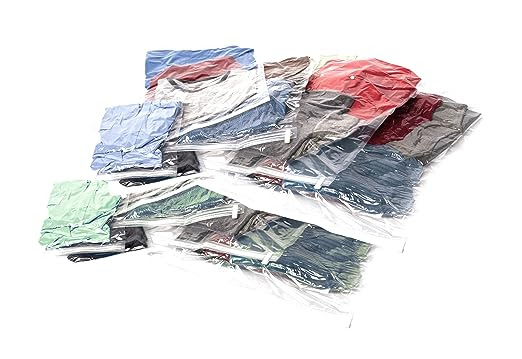 Second, my new Vera Bradley garment bag.  I'd been using some freebie garment bags over the last year when I brought my clothes to the office on Mondays so that I could run my commute on other days.  You can kind of see it in this picture (which is what the passenger seat of my car looks like on a Monday morning -- ghetto lunch grocery bag for in the fridge, regular lunch bag with frozen meals, Vera laptop bag, Vera purse, Vera bag with running clothes, Vera garment bag (over on the far right, it's a brown-based pattern with lots of different colors).  The garment bag was on my wish list of things I wanted for a long time (I know I mentioned it first and foremost on a wish list I made here).  I finally bought one when we were on vacation in San Francisco.  Ironically, I've been running to work much less frequently since that trip, but it's been cold and lots of holiday and other events requiring a car after work.  But I plan to get back into my training groove by early Feb., and I expect I'll be using it weekly then! 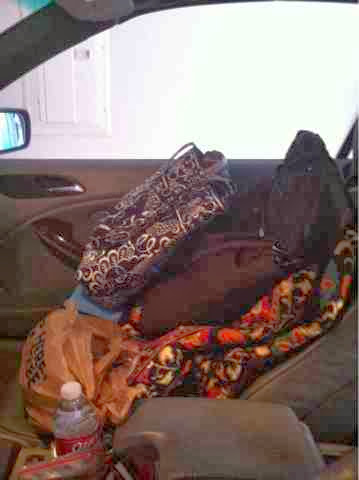 Third, I'm slow to the ball game, but I got silicone baking mats this year and last weekend during the Christmas cookie baking extravaganza, they were awesome.  Nothing burned on the bottoms, no creepy chemical non-stick spray, no throw-away parchment paper. 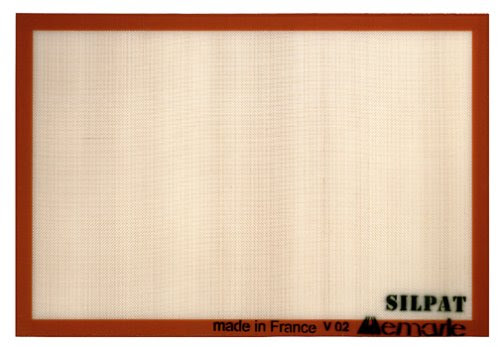 And this is totally lame, but I am loving having a second wall-mounted spice rack in our pantry.  I had one that looked exactly like this one, and I'd gotten it for Christmas about a decade ago.  And I kept cooking spices on it (in alphabetical order, which I think is genious and saves time in a big way).  But not all of them fit, so some had to stay on the shelves with baking spices.  So if it wasn't there in alphabetical order, I had to root around for it on the shelves, which was a huge PITA sometimes.  I've wanted a second one for years, but I finally saw one on Amazon, had a gift card, and decided to splurge and buy it for myself (well, $18 isn't really a splurge, but dear God, given how long I'd held off buying it, it felt like a splurge).  It's now mounted in the pantry under the other identical one and all my spices are there in lovely alphabetical order (though I'm still struggling with pepper -- does white pepper go under W or P?  and red pepper?  hmm, can't seem to decide so feel free to weigh in with any thoughts!).  My spice rack(s): 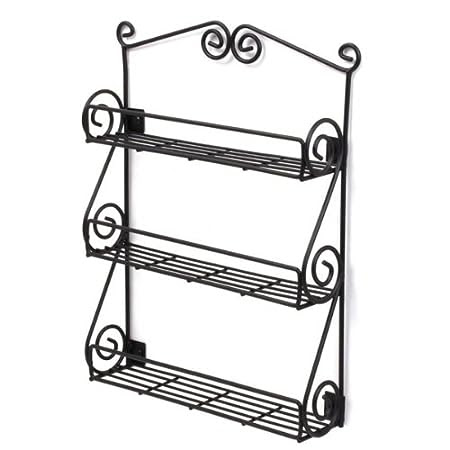 At least several times per week I think about how much easier my cooking life has been this year due to a Christmas present I received in 2012.  During last year's reverb prompts, one of the questions was about the greatest gift I received in 2012 and I kind of hemmed and hawed on my answer, saying I loved concert tickets I'd gotten, but that I really hoped there would be an electric can opener under the tree!  And indeed, last year for Christmas, I actually got TWO electric can openers.  Goodness, I wanted one so much that two people bought it for me!  My boss thought I was so lame when I mentioned it as one of my biggest Christmas scores.  So I returned the one from hubby and picked out other things instead, and I use the one I received all the time.  Ever since I fell while running and bent my finger in March 2011, it hurts to grip things like a manual can opener.  Pain no more!  And especially for something like a bean salad that involves opening 4 cans together or something, it's downright life-changing!

And finally, another gift that I've had for about a year now and appreciate almost daily... My husband gave me a new thing that hangs from the shower head and holds shampoo and stuff.  Every now and again this year in the shower, I've remembered the old shitty one and how sometimes it used to just fall down and you'd have to shield your head and hope it didn't fall all the way down and hit your feet.  I don't appreciate it daily because I don't shower at home daily, but it's just one of those things that when you lived with a piece of crap for so long, you really learn to appreciate! 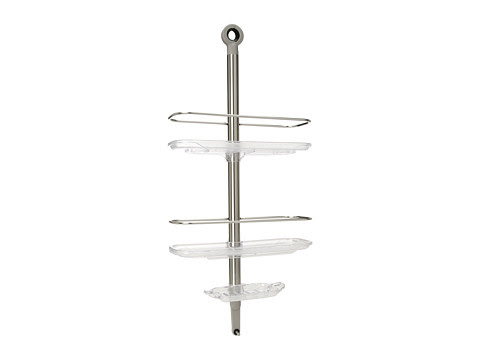 There you have it, the things that were my favorite new additions in 2013!