I am happy to report that I'm back in Dallas!

EXACTLY TWO flights went from Philly to Dallas between Friday morning and Sunday night.  Both happened to be Saturday afternoon, and I was on the first one of them.  Flights were landing here fine on Sunday, multiple friends and colleagues made it back to Dallas, but of course Philly was getting hammered that day, so nothing was able to leave.

I got stuck spending a lot of time at the airport though.  Friday night, after a work disaster (which basically meant the entire trip had been futile and made me want to cry), I tried to catch two flights home, both eventually cancelled.

Saturday morning, there was one early flight around 6:45 and one around 8:20.  I was on standby on the first, but they couldn't put me on the standby list for the second until after I didn't get on the first.  So back to the airport, only to have them both cancelled.  All I can say is thank goodness I was flying on American and I have status there.  I managed to get a confirmed seat on the 11:30, which was not easy.  Pretty much everyone had massive status on the plane except for the few people who had seats on that flight originally.

But on the upside, the 8:20 flight Saturday morning was cancelled early, and running groups in Philly run later in the morning (no need to avoid 100 degree temps, so I guess they're just not in the habit), I was able to meet up with a group for the Rocky 50k.  Of course I wasn't doing the 50k, but it meant company for my 15k before I went back to the airport yet again...

I'll have to do a separate post about the Rocky 50k, or #Rocky50k as we're supposed to say.

Well, when I finally landed in Dallas, I discussed with my husband the idea of leaving the airport, driving to a nearby hotel and then taking a cab home and ditching my car there.  Instead, I decided to white-knuckle the drive home.  The roads were 90% fine.  The bridges were 0% fine.  They're calling it "cobblestone ice" here but it's nothing like cobblestones.  It's like driving over a washed out road in Kenya, but more slippery.  The ice has formed into these rock-like knobs that protrude and make it impossible to move forward in a straight line, no matter how slowly you go.  Instead, your car shakes and moves right and left as you drive over the rock-like knobs.  But as soon as you're off the bridge, it's dry and smooth sailing again.  It took me more than an hour to get home from the airport.  And I think in some ways, going home wasn't the best.

My husband was so happy to see me but I was CRABBY.  Yes, with a capital C.  And with all the other letters capitalized too.  I was obviously over-tired from all that time trying to catch flights at the airport, and having my settlement conference bust was disappointing.  I was just pissy in general.  But we managed to get the tree up, though not decorated.  And since I was so miserable my husband actually didn't complain at all when I put on the New Kids Christmas CD.  Well, that's a lie.  When it got to Funky, Funky Christmas, he made a few jokes and complaints, but he stuck it out.

After a night in my own bed and plenty of sleep, I woke up Sunday in a much better mood.  And then when I saw the crap hitting Philly, oh I was so happy I'd made it home!

We have a few trees down near our house, but for the most part, it's life as usual here.  My office has a delayed start today (10:00), but since I usually get to work between 9 and 9:30, it doesn't really make a huge difference to me.


Share Your Favorite Holiday Recipe
Well, my favorite holiday recipe is a German Christmas bread my mom makes (stollen), but I apparently (and rightfully) can't be trusted with that recipe.  She knows I love it so much I'd make it in July or something! 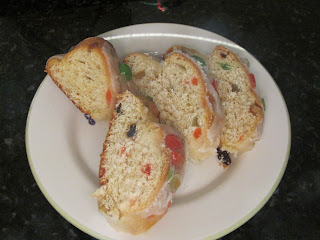 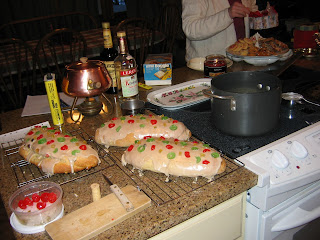 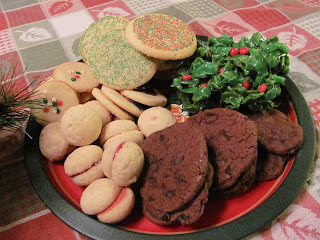 Actually, that picture reminds me.  Another favorite holiday recipe is the one for the cookies shown at about 7:00 in the photo above.  They have jam in them and are so good!  Another recipe my mom won't share with me though!  Maybe this year I will have to make another pitch to get both of those recipes.

Anyway, I have adopted the Christmas cookie tradition, but modified it slightly.  I always spend a full day baking Christmas cookies with my neighbor, and I give plates of cookies to at least 10 people.  This year, I actually have more than a dozen people on the list -- a few people at work, a couple boot camp friends, a few neighbors, and a few friends.  But since I always go home for Christmas, I make mine early and I do eat some before Christmas.

This year, we will be baking this coming Sunday (I'll make a couple of the doughs that need to be refrigerated the day before).  One thing I got done yesterday was making a list of the cookies I will make.  A few I make every year, but I usually try to make at least one new one.

But since my "new" cookie from last year was awesome, I had to do some rearranging this year. 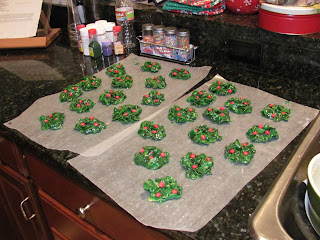 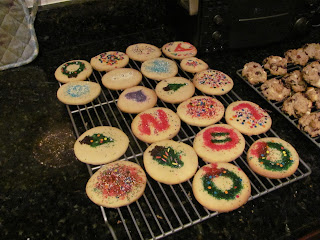 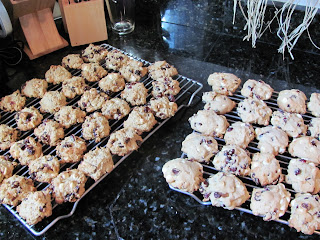 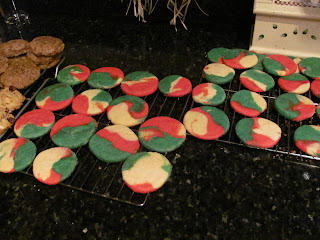 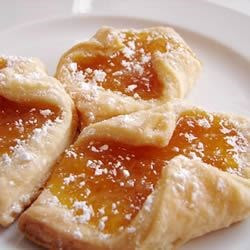 Here is a link to the hot chocolate cookies:  http://www.hungryrunnergirl.com/2012/12/14974.html, well, that's where I heard about them.  Hungry Runner Girl actually posts a link to the recipe, which is here:  http://www.seededatthetable.com/2012/02/29/hot-chocolate-cookies/.

And here is the recipe:

Hot Chocolate Cookies
Yield: 3 1/2 dozen cookies
Preheat the oven to 350 degrees F. Line baking sheets with parchment paper or silicone mat.
In a large mixing bowl, cream together the butter and sugars until light and fluffy. Beat in the eggs, one at a time, then blend in the vanilla.
In a separate medium bowl, whisk together the flour, hot chocolate mix, and baking soda and salt. Slowly add to the wet ingredients and mix just until combined, scraping the sides of the bowl as needed. Fold in the chocolate chips.
Drop dough balls onto the prepared cookie sheets and bake for 7 minutes. Remove the cookies from the oven. Working quickly, carefully add about 5 to 7 miniature marshmallows to the top of each cookie, and gently press. Return to the oven and bake an additional 2 to 3 minutes, or until the marshmallows start to puff. Remove from the oven and let cool on the cookie sheets for 10 minutes before removing. Transfer to a wire rack to cool completely. 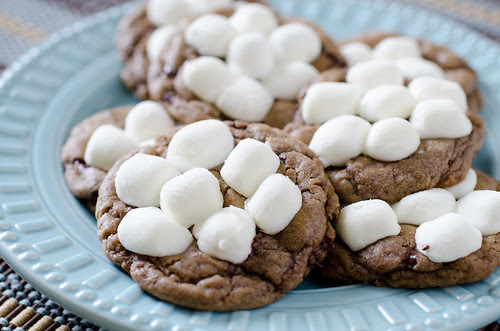 Now it’s your turn to answer this week’s question! Don’t forget to come back and link up in the comments! Happy Monday!
Posted by Carina at 8:57 AM