I suppose with all this travel, it was inevitable that I'd get sick.  It's definitely happened.  Just so I have something to write, I'll list my symptoms, in order of severity:


Ugh.  I hope it gets better today or tomorrow, since I fly out on Friday for 4 days, the last of my "fun" trips on the calendar, going to DC for a friend's baby shower.


The bright side is that I'm making a huge dent in getting my airline elite status for next year already!


I'll leave you with a couple nephew pics.  Loved spending time with this little guy.  Although, I will say that when I woke up in San Fran on Easter Sunday morning with a sore throat, my first thought was that it must have been an allergic reaction to all his crying Saturday night -- he had a rough night!  Molars coming in, no afternoon nap, not in his own bedroom, plus some dim sum sampling at lunch, lots of possible reasons for the sleepless night on his part. 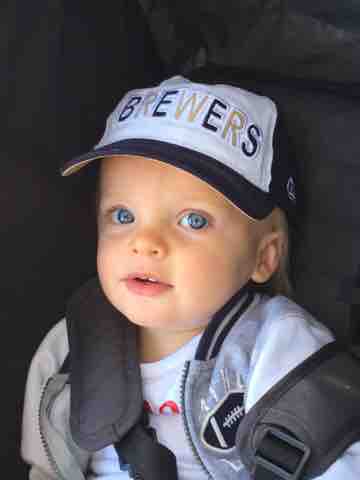 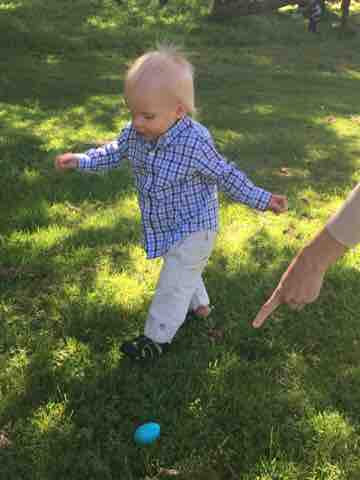 We've been in the habit (since November 1) of making a nightly "grateful list" of three things each.  Last night I was grateful to get to take the shortcut exit from the parking garage.  It closes between 6:30 and 6:45, and I squeaked through yesterday when it was in the process of being closed.

I know I have many more things to be grateful for (including that I left work driving a convertible on a lovely 82 degree night, at about 6:40, which is a highly reasonable time).  But ugh, I feel like I'm getting hit hard now.  From all sides.


Watching my husband say good bye to his dad this past weekend broke my heart.  His dad is still hanging on, but it's been a lot of ups and downs (high BP, low BP, possible kidney failure, then more fluids, now a fever, not eating, etc.).  I'm SOOOO glad we went to Pittsburgh on short notice and got to spend days with my in-laws.  If/when my father in law passes away, at least we will have gotten to say goodbye.


Watching my mother-in-law deal with it has been nearly as distressing.  She's pretty emotional, understandably, but she also seems to forget about it and she goes on and on about this male resident that she seems to be infatuated with.  I know, this is very common in people with Alzheimer's.  I remember reading something about 15 years ago about Sandra Day O'Connor acknowledging that her husband had a girlfriend in his assisted living facility.  Her attitude toward it was very calm and understanding, saying along the lines of her wanting his last days to be happy.  Even at the time I read that, I remember thinking it must have been hard for her, and all these years later, it stuck with me.  But now I have a tiny grasp on some of how hard it must have been.  It's so hard for my husband, and his brothers, and his mom's twin sister, to hear her go on and on about him.  (He actually seems to be a very nice man, I sat with him at the community jigsaw puzzle one day for a few hours.)  She sounds like I imagine she must have sounded when she was in high school in the 40s.  Fortunately, she has at least some of her mind left and she doesn't mention this guy as often when she's sitting at her husband's bedside.  I've tried to keep my husband from being too upset about it, telling him this is common, and it's okay.  Even if his dad were to become aware of it, I like to think that he would be as understanding and gracious as Sandra Day O'Connor seemed to be.


On top of that, there is a fairly significant crisis that my husband is dealing with at work (along with other people).  It happened Sunday evening (while we were in Cleveland, hanging out with my law school roommate and her husband for a few hours before catching a 5:xx flight back to Dallas on Monday morning, the second in our string of red eyes).  While he didn't know either of the people involved, he's gotten involved in the $hit$storm that has followed.  Very high stress, a lot of media, lives at stake, lives lost, all that crap.


And my work is B-A-D.  The most time consuming type of new matter that I work on is something involving a death (much like my husband's job, incidentally!).  It's hard to use averages, but I'd say I usually get about 1 death per month.  Each death takes multiple full days of work to get all the associated tasks completed.  When I flew up north this past week, I had a total of 2 deaths "in the hole" (that I needed to work on).  When I got back to my desk on Monday morning, I had gotten 4 more.  Ugh!  It's like I need a month straight just to handle those 6 cases -- but of course my 150ish non-death cases also need work done, so I can't just abandon them for a month!  This is probably the furthest behind I've ever been at this job, and it's scary.  And unfortunately, I've got tons of work travel on the books in the next month or so, which will make it even harder to get on top of it all.


I know things aren't so bad in the grand scheme of things.  And honestly, I know it could be about a million times worse.  We are both healthy, no one will say my in-laws were taken "too soon", we both love our jobs, despite the stress; heck, we both HAVE jobs!


But it still feels like it's kind of hard to breathe right now.
Posted by Carina at 11:13 AM 6 comments:

The good news is that I'm going to secure my airline status early this year.  The bad news is that I just looked at my calendar and I have one more lovely week, and then I'm going to be all over the map and traveling every single week (which is my least favorite way to live life, unless it's all personal vacation travel).


This is what the current travel plan looks like between March 15 and April 14:


Then I'll have a lovely no-travel week at home -- but that week will include one of our two major audits of the year, and then it's possibly back to Philly the following week if I decide to run the Broad Street 10 miler since I won that lottery.


I just have to remember that two of those trips are 100% fun and that all the other trips will give me miles to later go to fun places on personal trips!


And while having short weeks in the office will make things a bit more chaotic, it will also make the work weeks feel a lot shorter.

Well, what do you know?  My worrying and heartache may have been for nothing!

My father-in-law went into the hospital last week, with a rapid and irregular heartbeat, in a-fib, weak and confused.  We were thinking he had "weeks" left, and then suddenly we were wondering if he'd even make it through the week.  Not a good place to be.


We ended up deciding to go to New Orleans for the race anyway as it sounded like he'd stabilized and he was being assessed by a cardiologist, but we had kind of heavy hearts.  We were completely relying on my husband's brother who lives near my in-laws to keep us in the loop, and we both packed more outfits than we needed for New Orleans, in case we got a call and had to fly from NO to Pittsburgh.  But we got through the weekend with no such call, and we made it back to Dallas.

And now, it sounds like he's turned a corner!


The cardiologist wanted to give him a pacemaker, which struck me as the best news -- I have no medical training, but logically, I didn't think they'd do that if they knew he was too weak to survive the surgery, or if he only had a matter of weeks left.


So he had the pacemaker implantation surgery yesterday and he got through it -- when my brother-in-law left the hospital yesterday, he was still in recovery and sleeping.  They think he'll be transported back to the nursing home's medical unit (or whatever it's called) sometime in the next couple days!


So I'm making plans to go visit in about 2 weeks (squeezing it into a work trip to Ohio), and my husband is trying to decide when he's going, but the immediate threat seems to have passed.


It feels like a weight has been lifted.  Well, not really.  Given that I'm less than 48 hours post-marathon, it feels like there's a different weight on me, primarily strapped onto my quads, which don't even have the strength to lift my legs, let alone support me going down stairs...