Glass and the Concert

I mentioned earlier this week that I was so excited to go to a Bon Jovi tribute band concert Tuesday night with one of my best friends in the world. I was excited for good reason -- the night was insanely fun. She was able to leave work on time and went to pick up veggie sandwiches for us. It was an outdoor concert at our local arboretum, and we got a nice spot in the grass.

We ate our dinner, got to talk and laugh for a while before the show started, then they played all of Bon Jovi's greatest hits.

After the concert, we decided to walk around the arboretum to see a special glass exhibit they have right now.

I should apologize for the crappy i-phone pictures, but really, I rarely post regular non-i-phone photos, so it is what it is.

The exhibit is a collection of 32 glass sculptures by Chihuly, including a few specially created for Dallas, placed throughout the arboretum. So in no particular order, here are some pictures of the sculptures and the band. 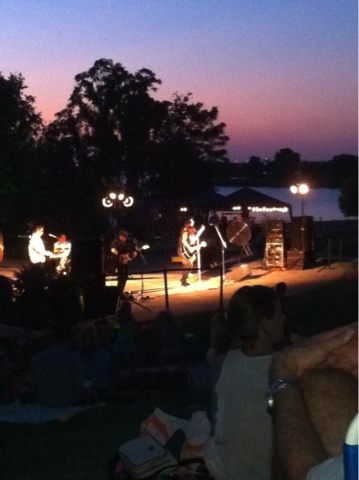 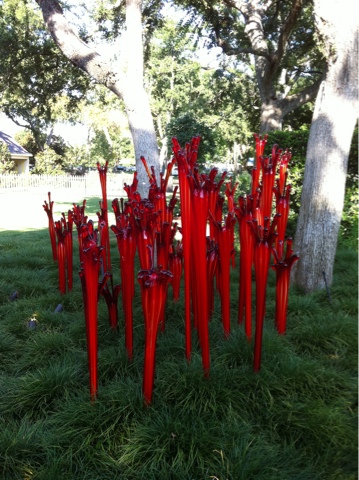 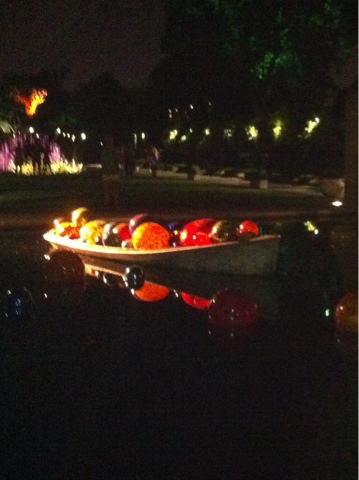 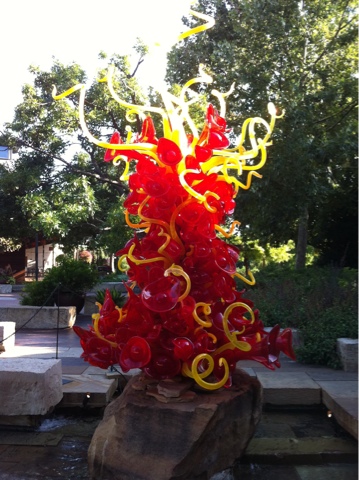 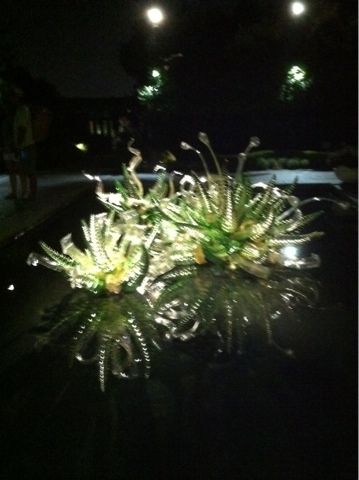 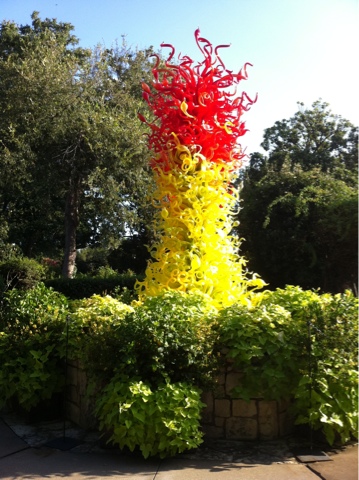 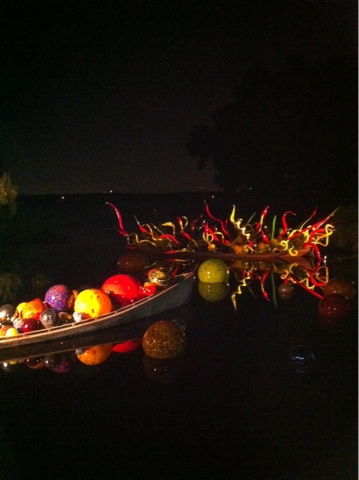 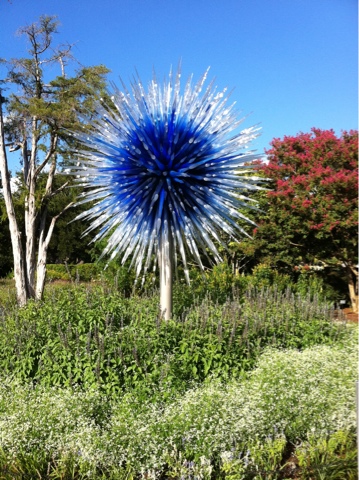 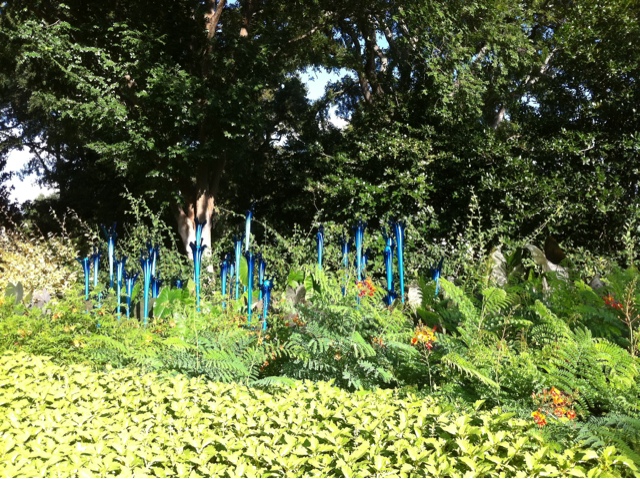 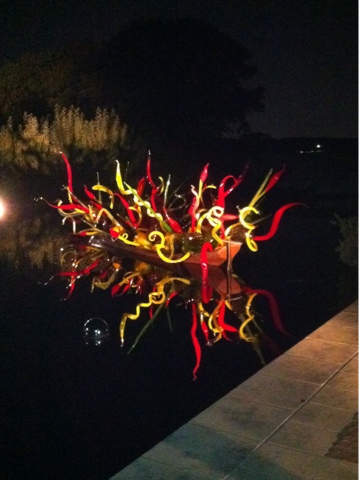 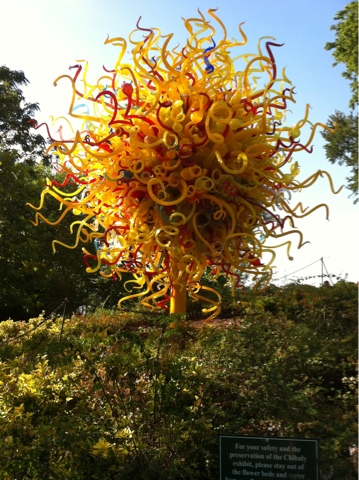 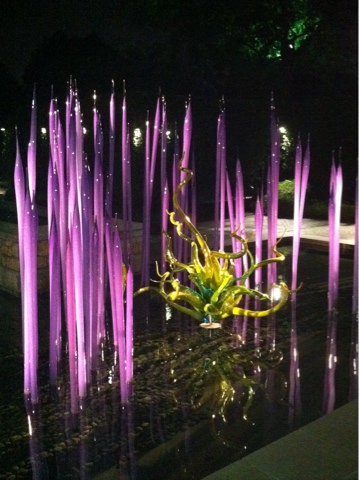 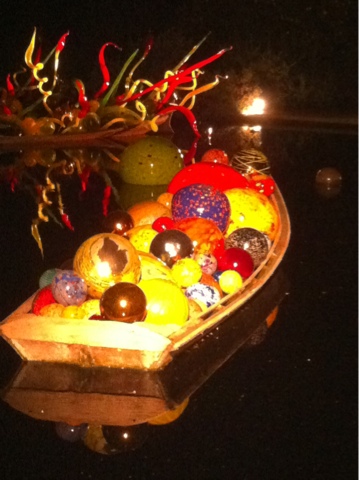 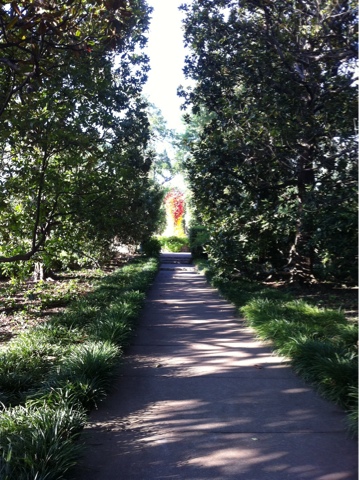 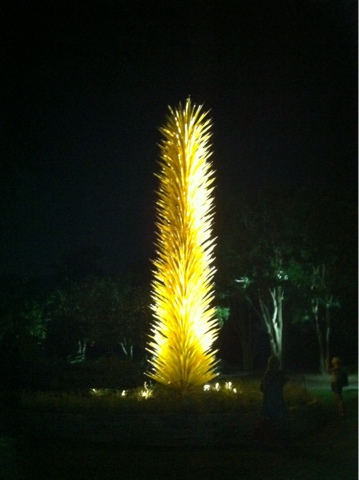 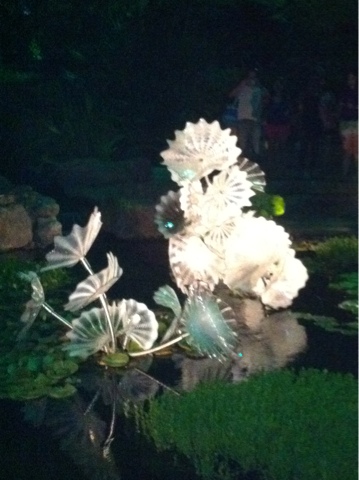 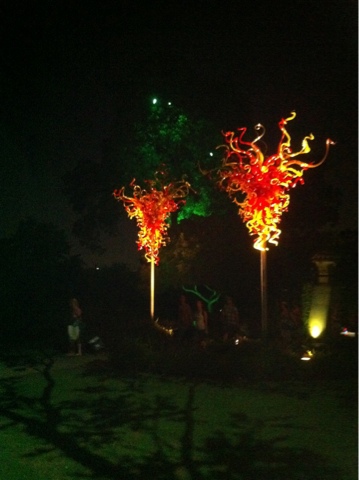 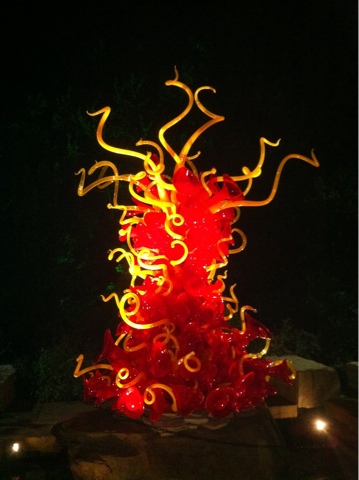 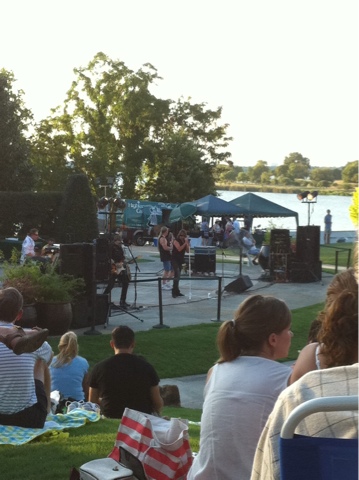 I think my favorite was the purple reeds with the green.
Posted by Carina at 7:31 AM