What are the rules on wearing this shirt? 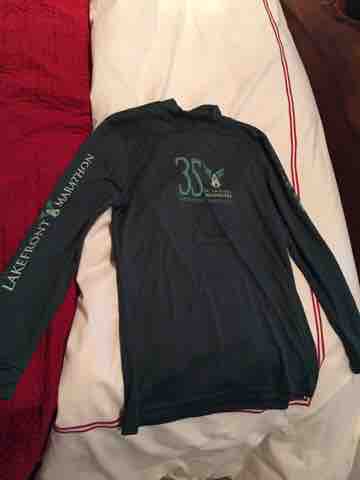 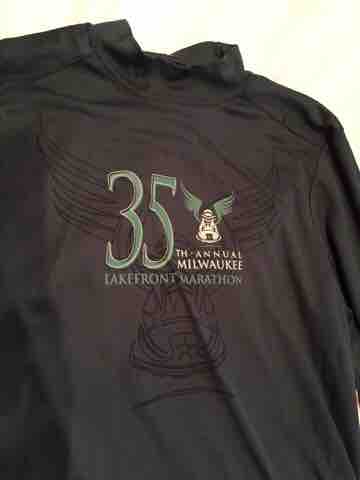 I started the race but dropped out halfway through (my half-marathon time registered).


I fully trained for the race.  I was in the middle of peak week when I fell (I had done my 22 miler, followed by a 9 on Tuesday of that week, had set out for 6-7 the day I fell, had 8 on the schedule for the next day, and an easy 5 on Saturday, then I truly would have been in taper mode).


When I ran the San Fran marathon in July, the woman I bought the bib from on Craig's List wanted to keep the shirt.  I thought that was weird and a little ... unethical?  That might not be the right word, but it seemed disingenuous.  She knew at least a week before the race that she wouldn't be starting it.  I bought a shirt at the SF marathon expo and I wear it a lot (I like the color), even though my name doesn't show up in the official results.
The photos don't show this shirt well.  It's almost a forest green colored shirt, with a blue-ish undertone.
Anyway, what say you?  Can I wear the Lakefront Marathon shirt, even though I DNF'd?  Or should it just be a throw-away?
Posted by Carina at 7:18 AM