Continuing tradition, while we are on vacation this year, I'm sharing some photos and details from last year's trip. Last year, you got to see China while we were in Europe. This year, you get to see Europe while we are in India!

As we do with every trip to Lamezia Terme, we made a point of heading about 20 minutes south to go to Pizzo, which is the town where we got engaged and later got married.  Obviously it holds a pretty special place in our hearts.  I got married the year before I started blogging, so I don't think I ever posted much about that city.

As you can see, Pizzo is on the way to Reggio, which is the provincial capital of Calabria. 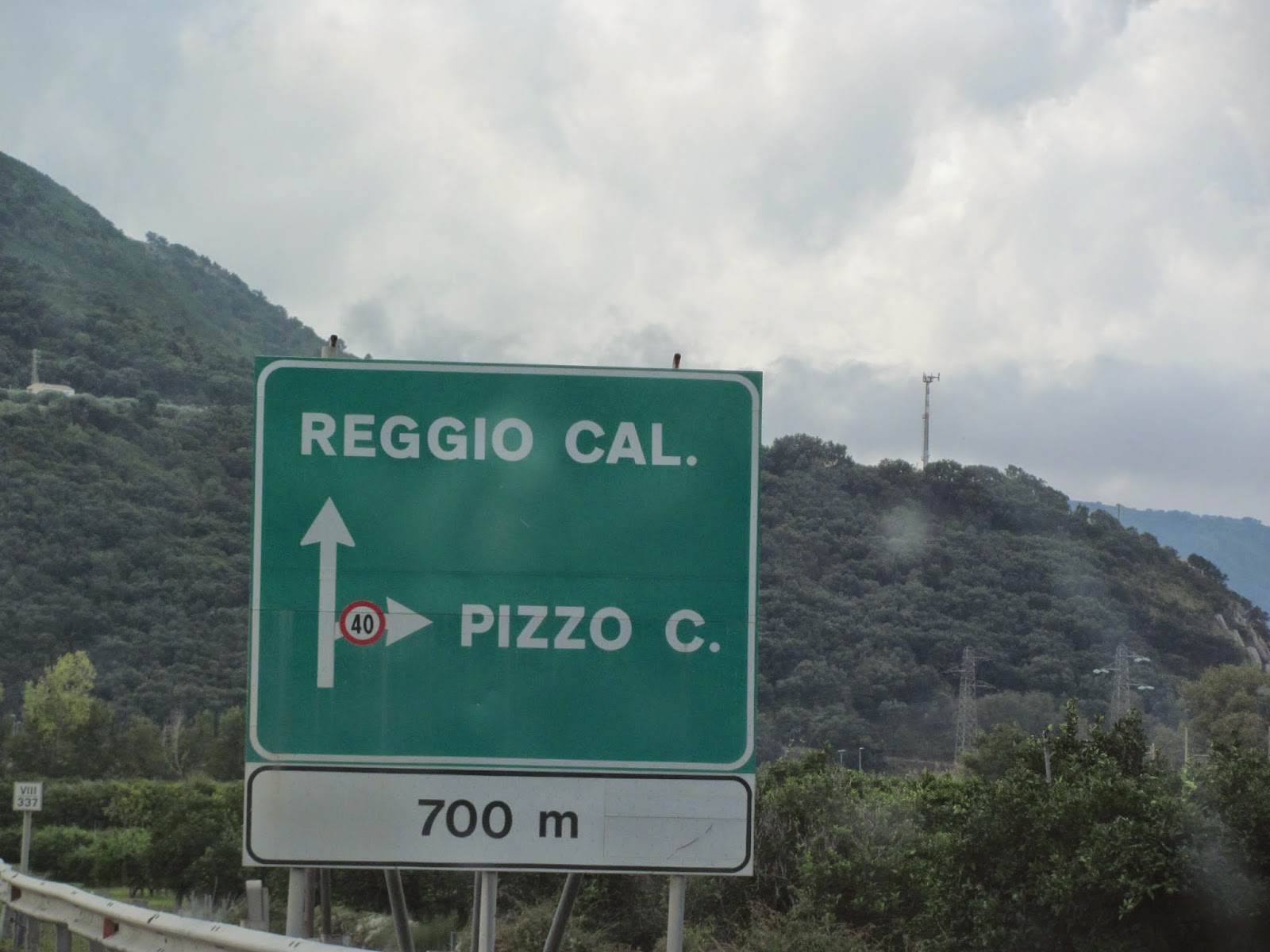 I mostly took this picture because, hey, Philly (or Filadelfia, as they call it)!  I work in Philly all the time when I'm on a travel stint for work: 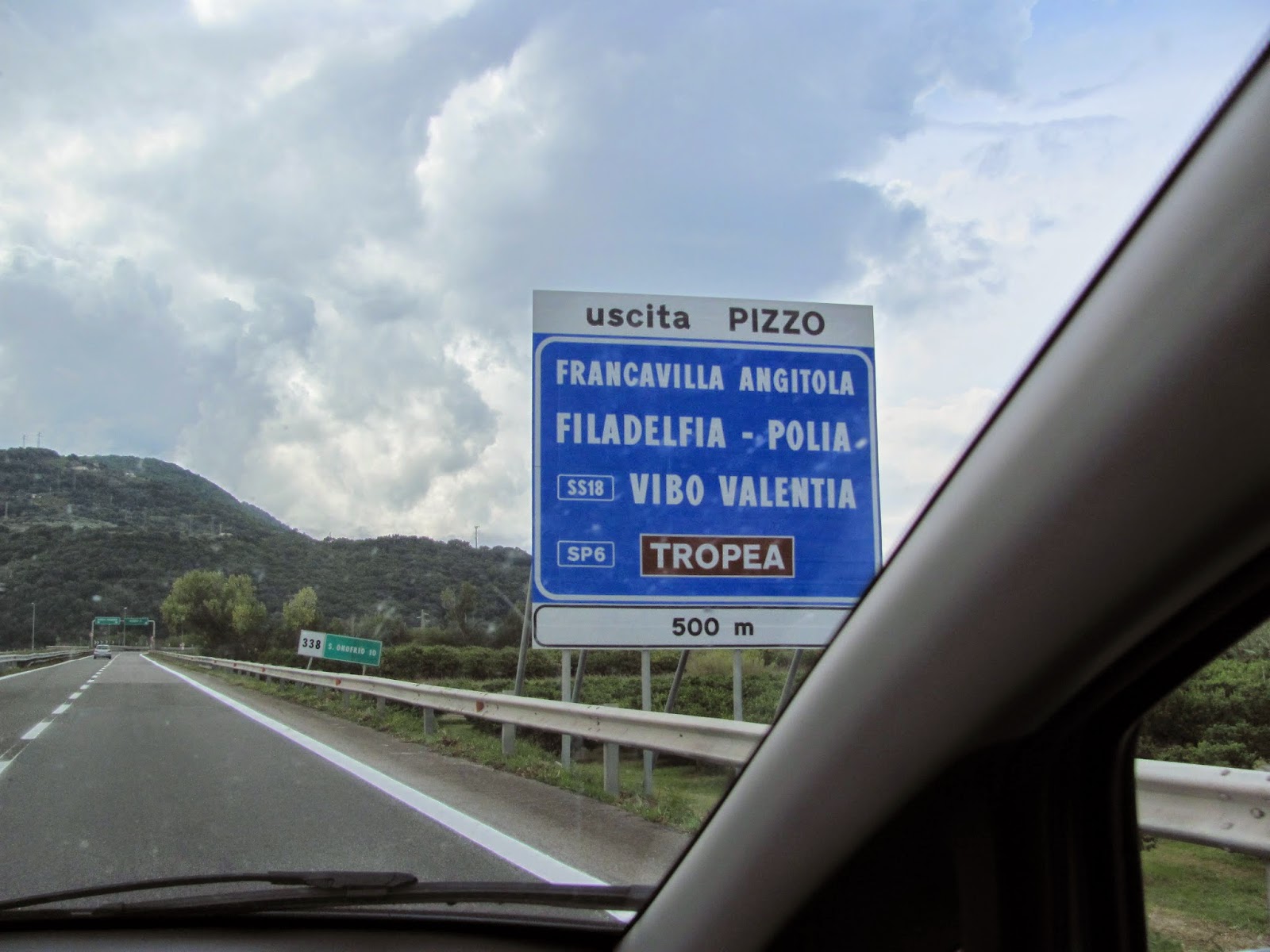 So typical of Italy.  You get off your exit and there are a tons of signs and arrows pointing different directions.  You need to either know where you're going or read very quickly as you drive by (or have a separate navigator, or just stop and look, which may be what the guy below was doing). 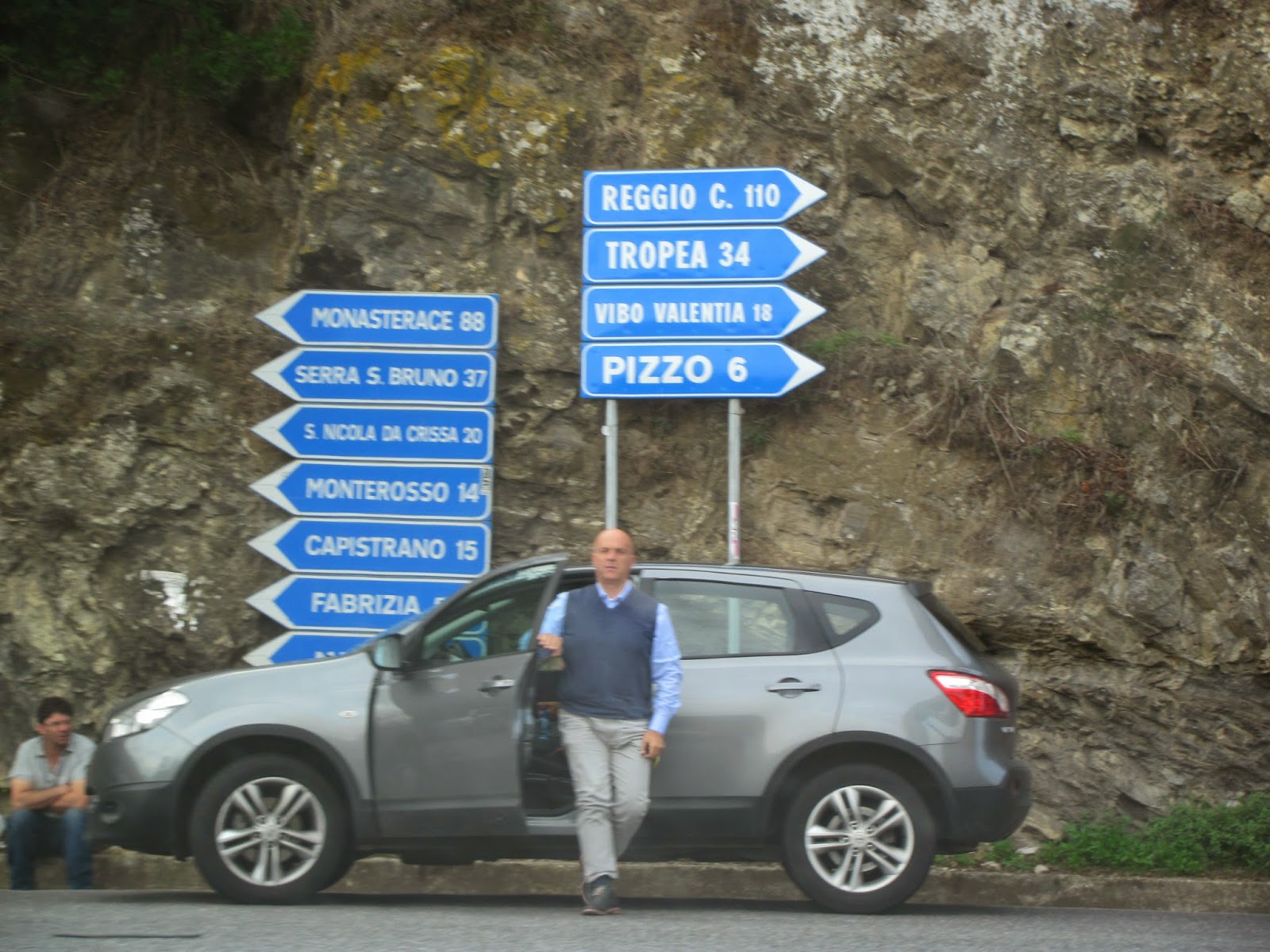 Over on the right is the hotel where we and all our guests stayed, and where we had our wedding reception: 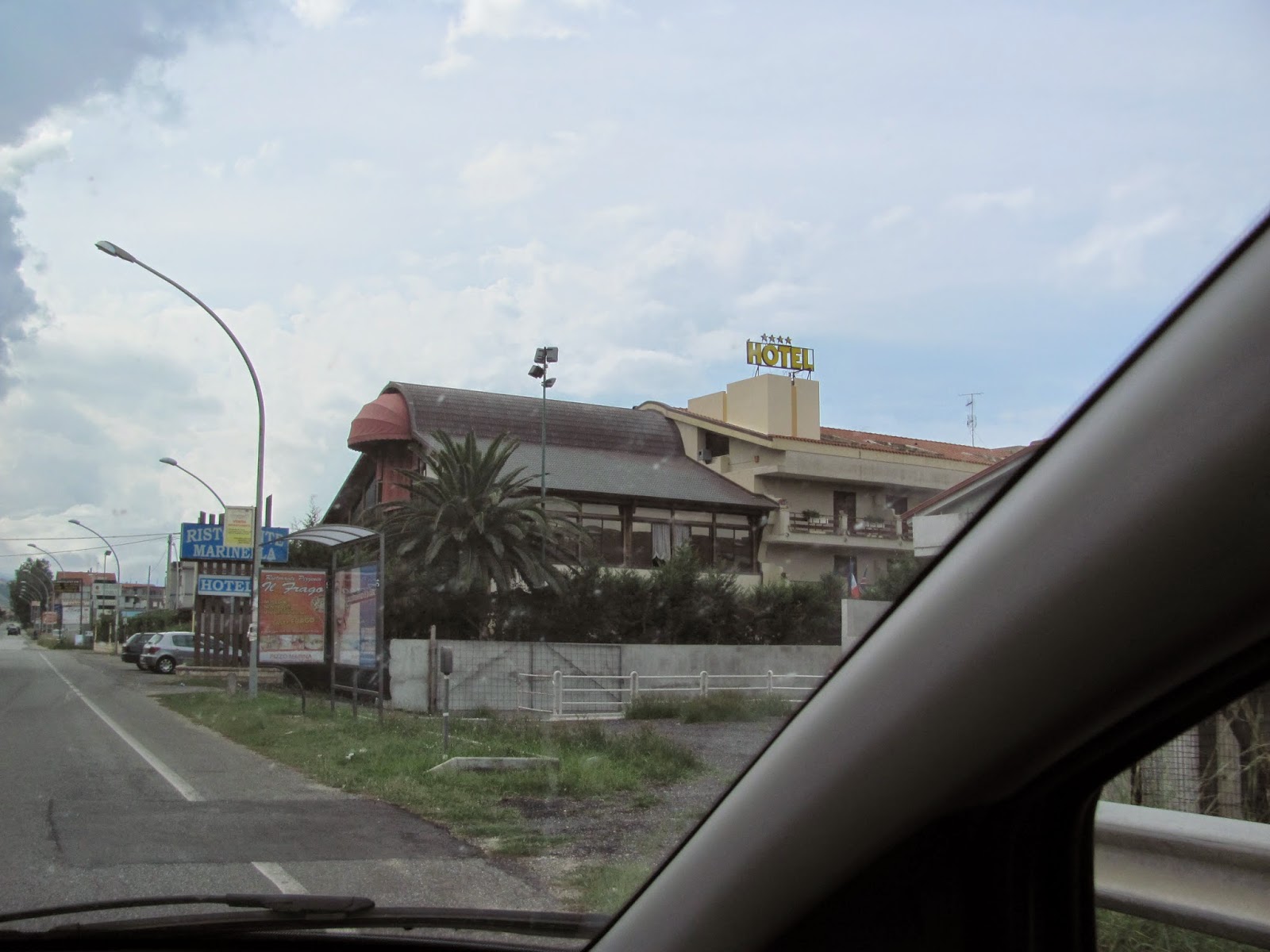 Here is the main piazza in town.  After our wedding, while we were doing pictures and guests were waiting for shuttles back to the reception, my brother and a couple other guys played soccer for a while in the piazza with some kids (yes, my brother was in a tux at the time).  I have no idea what the rules are, but sometimes the piazza is closed to traffic.  We were parked in the piazza with a bunch of other cars on our first visit to the city and while we were wandering, all the other cars moved and we got a ticket.  Anyway, this pretty church at one end of the piazza: 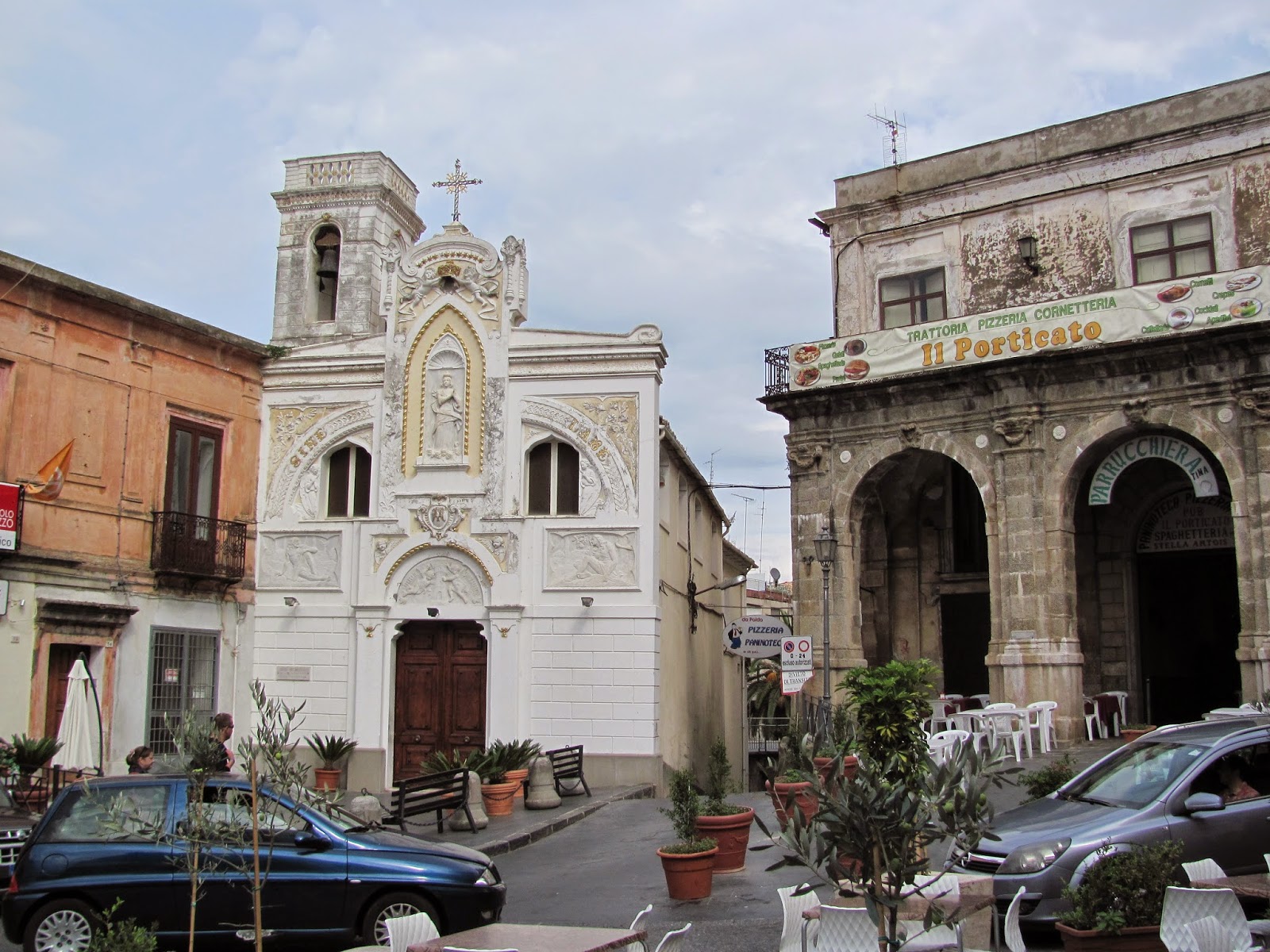 At the other end of the piazza is the castle where we got married!  Murat Castle, most famous for Giuseppe Murat being held as a prisoner there, tried there, and executed there! 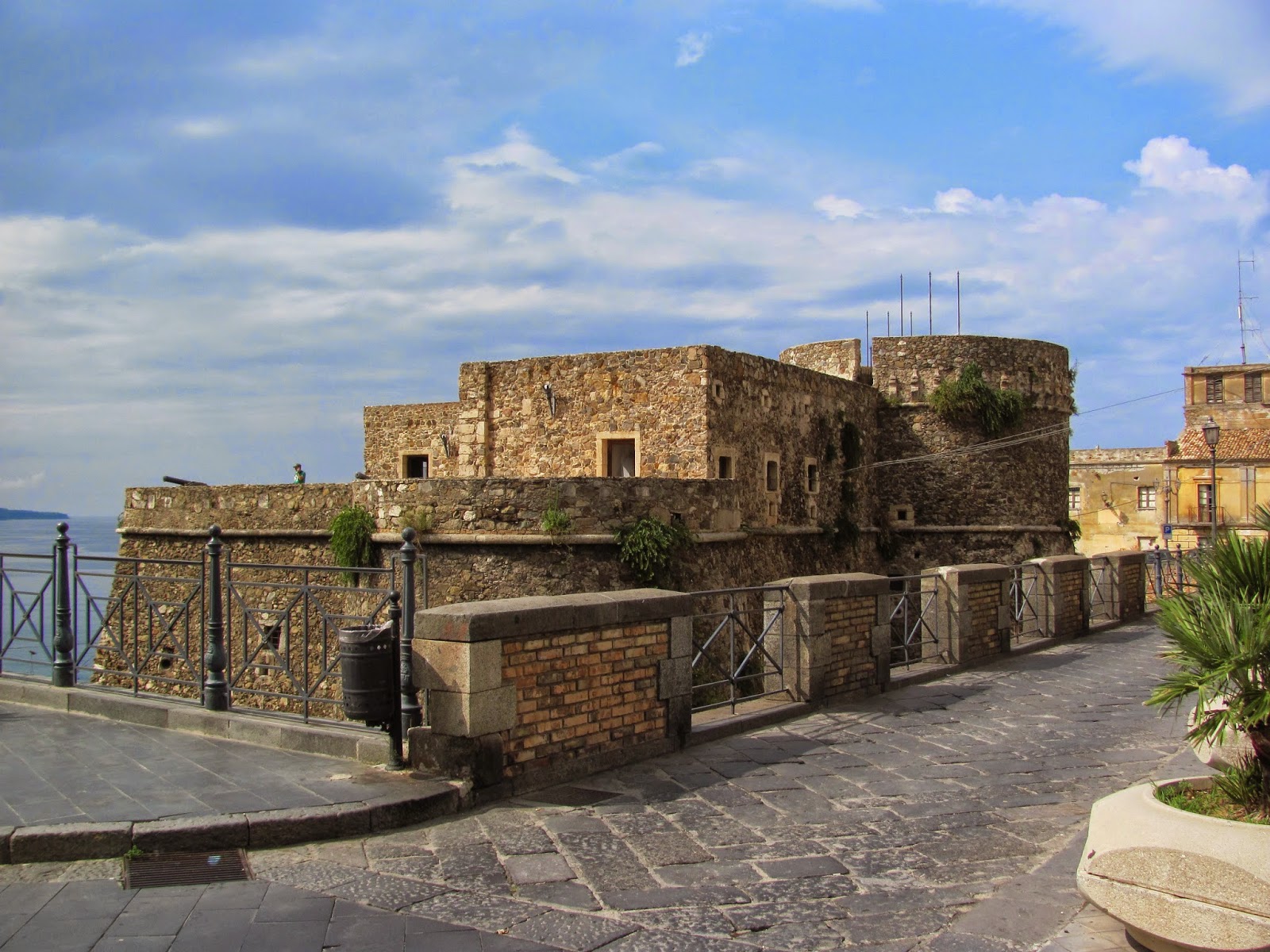 Here is the view down to the sea/beach section of Pizzo (and the courtyard of the castle where our ceremony was held is the upper right part of the photo): 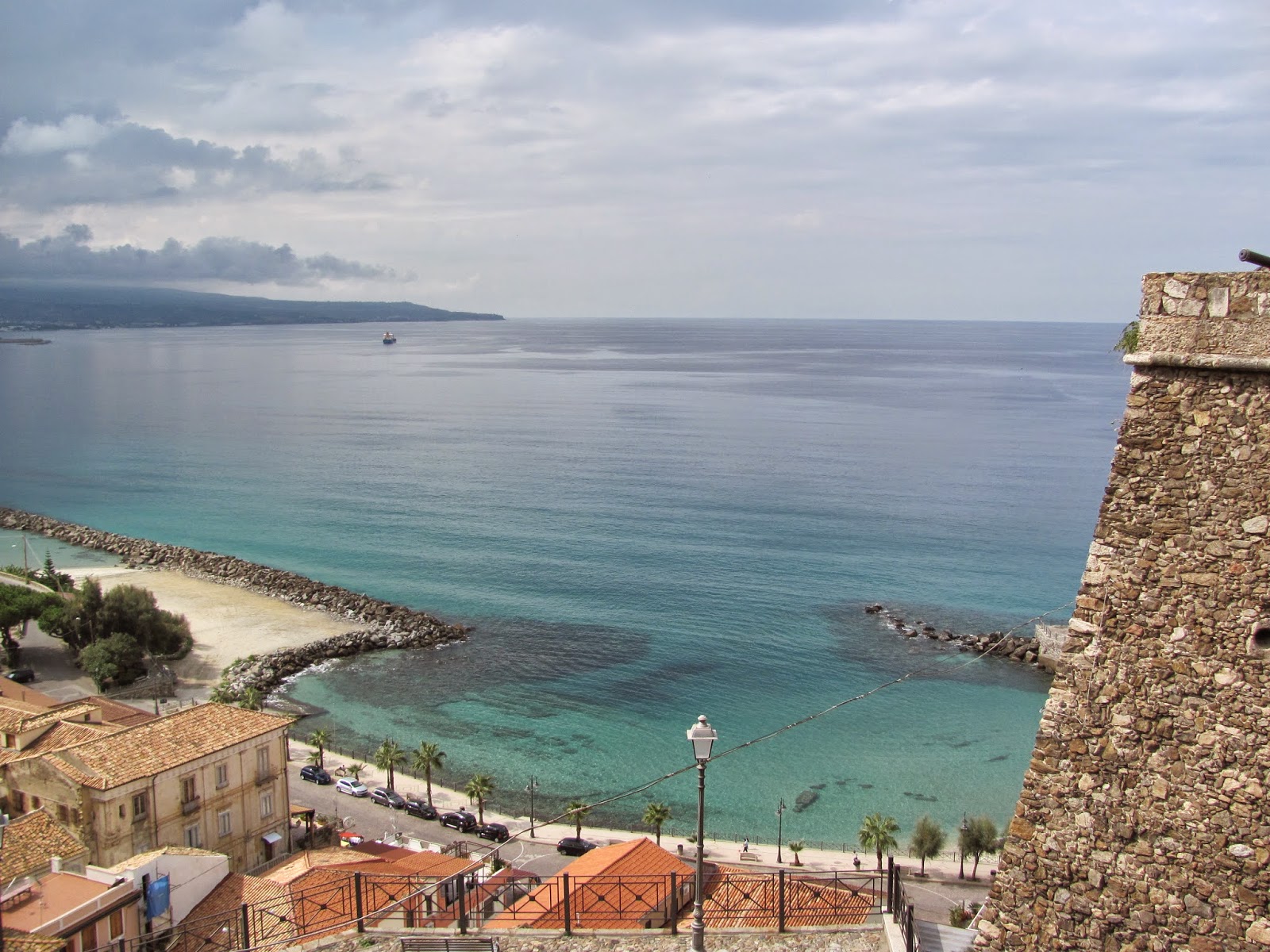 Ominous rain clouds to the south: 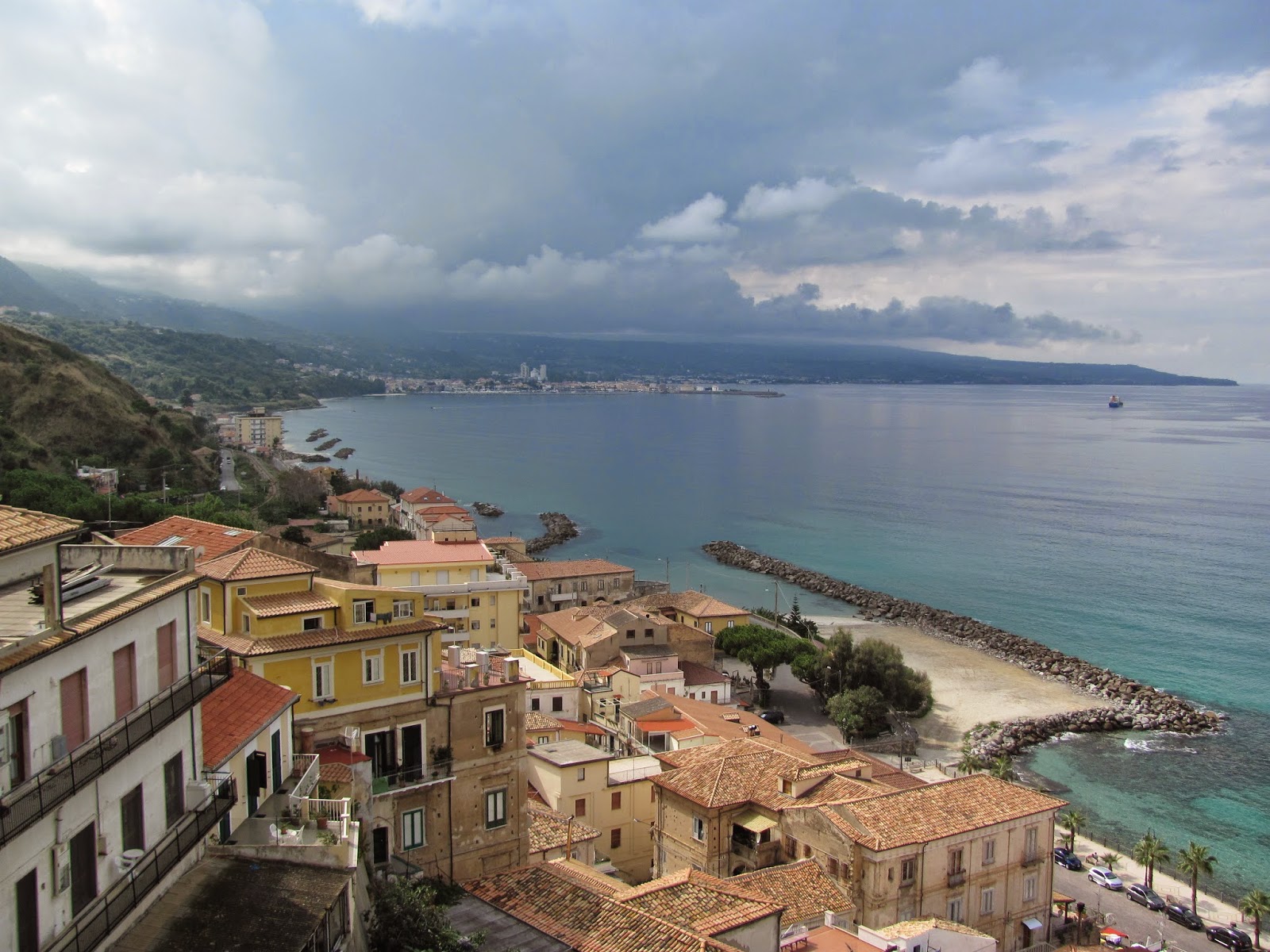 This was a bummer.  The Trattori Toscano has a sign on it that says "venedesi," which means it is for sale.  The night we got engaged, we went there for dinner shortly afterward: 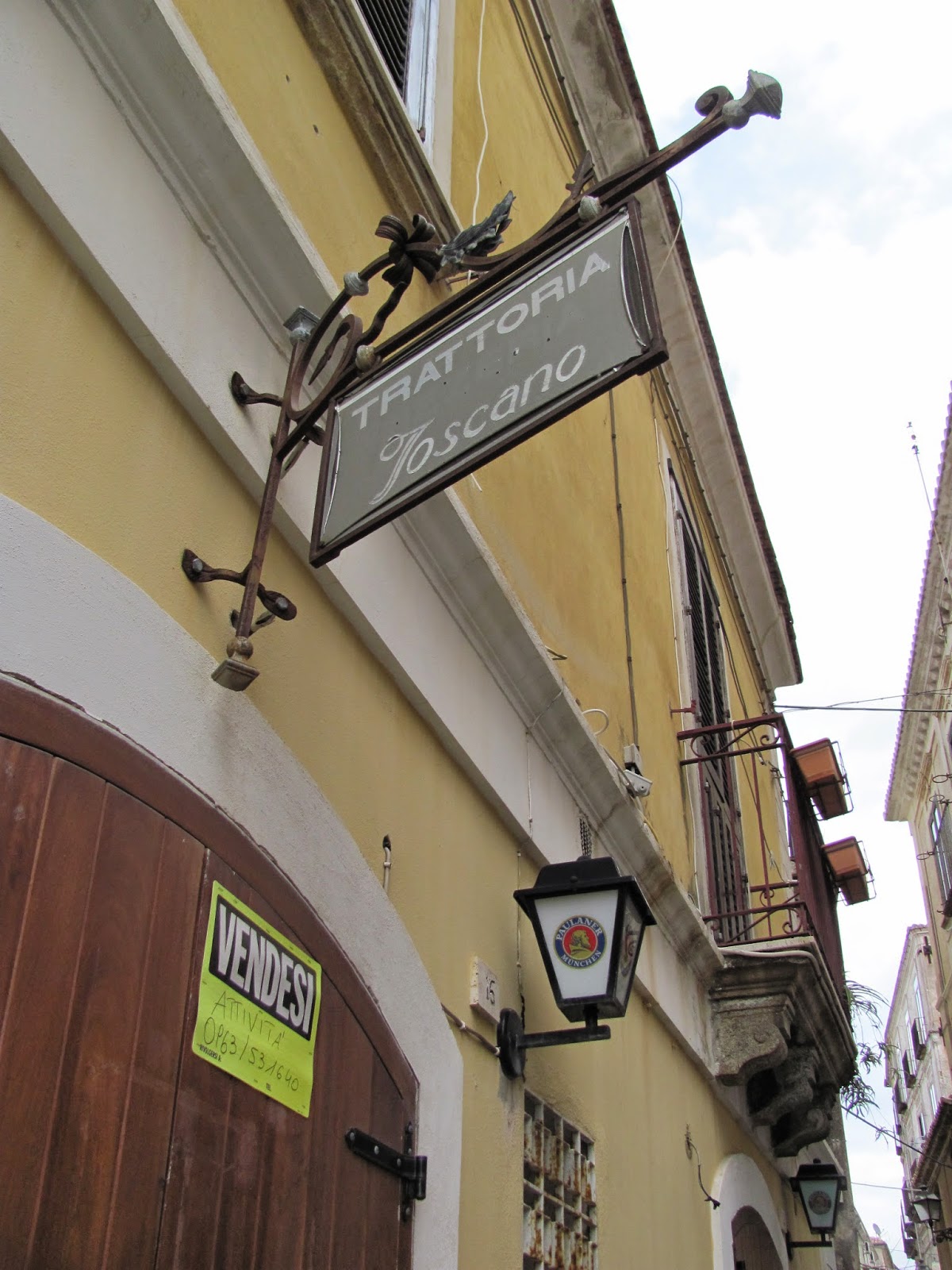 We had lunch (pizza, that will have to be in a separate post about food) in the piazza and wow, it started pouring, but it only lasted about 15 minutes: 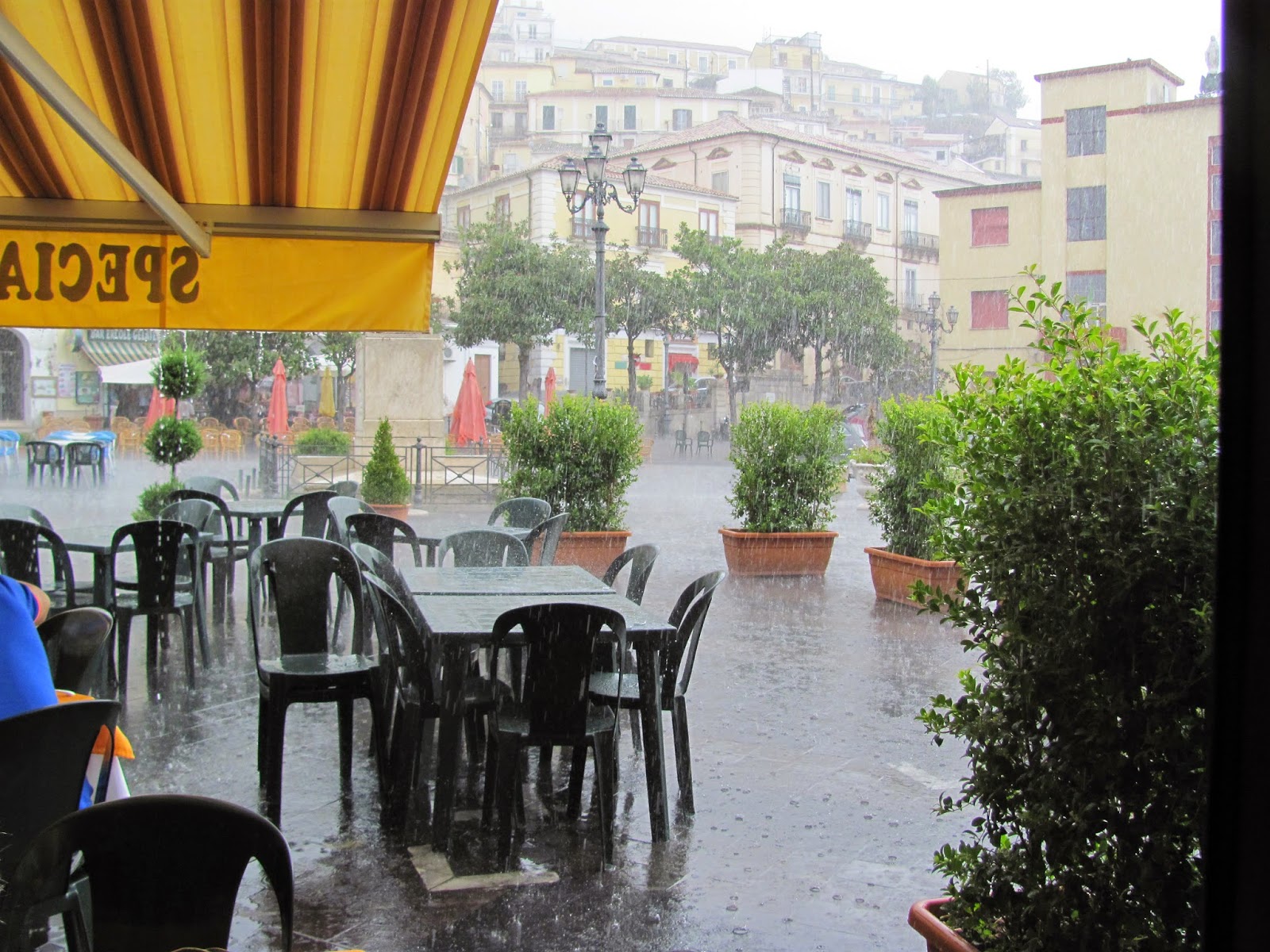 This is a shot of the sea taken from the bench outside the castle.  We were sitting on this bench when my husband proposed: 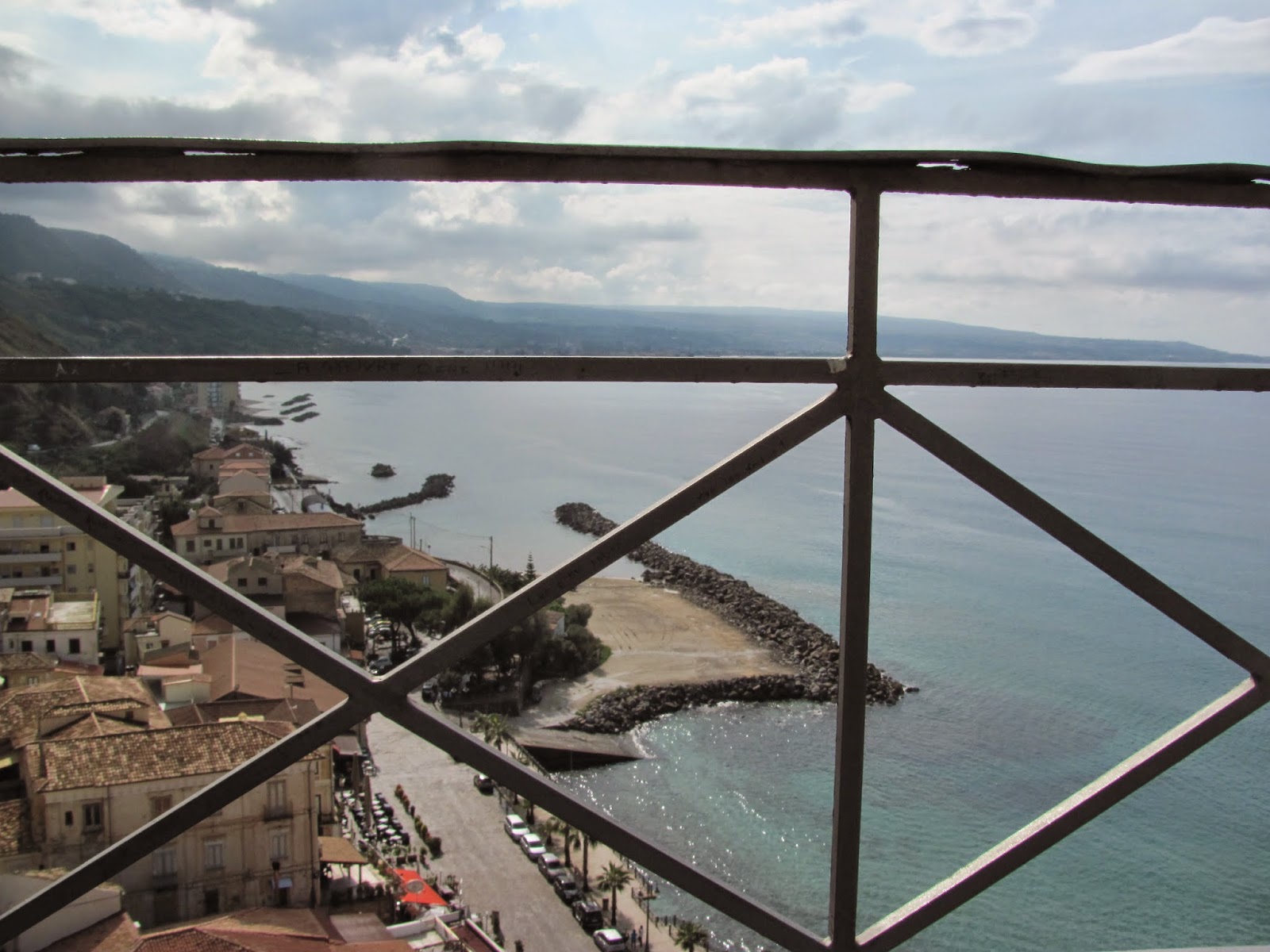 A current price list for admission to the castle (well, October 2013 current): 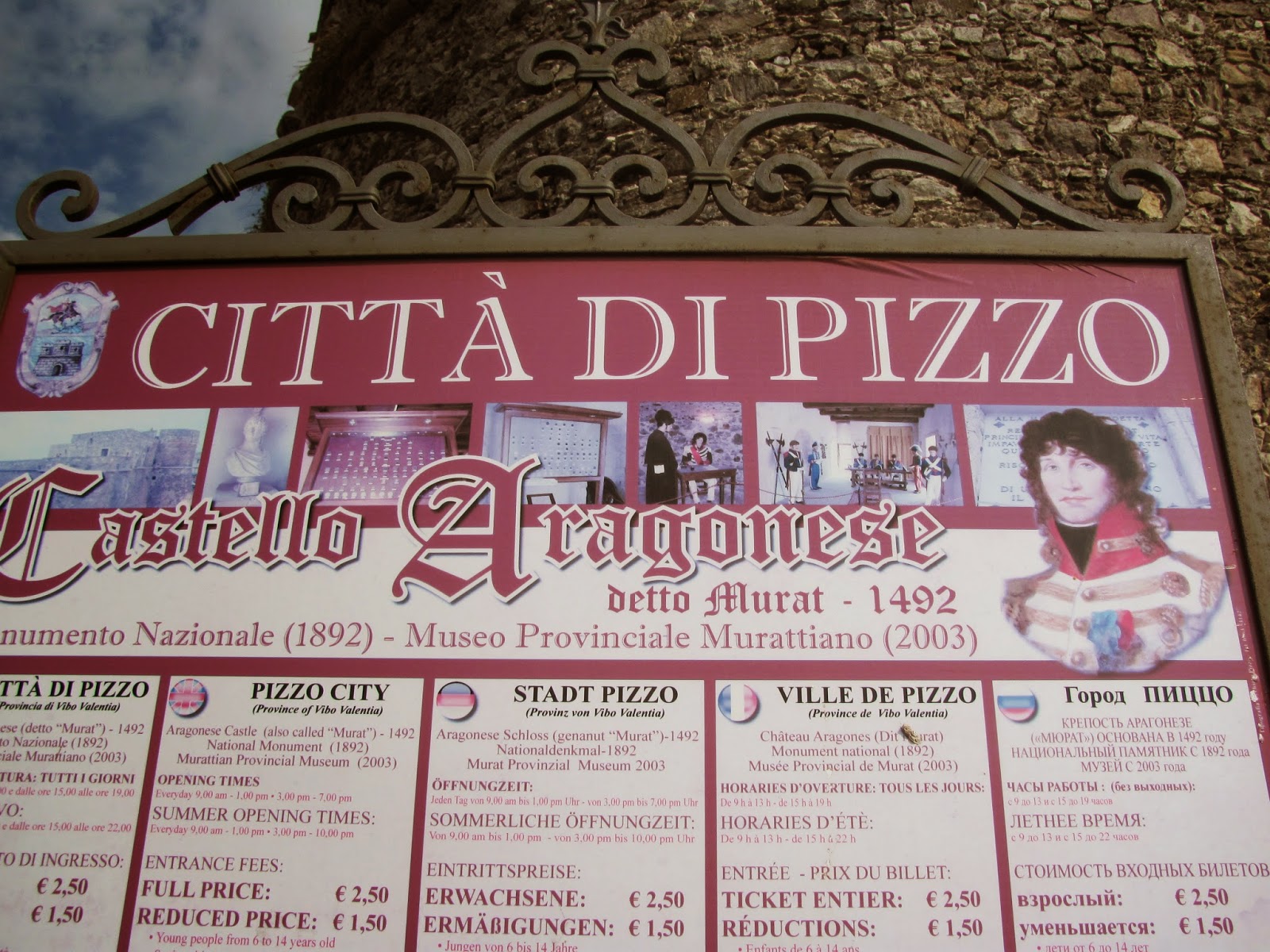 We saw this sign for Pizzo city tours at night in a little three wheeled vehicle.  I mostly took this photo as a job idea for the day we dream of -- when we move there.  Man, that would be awesome: 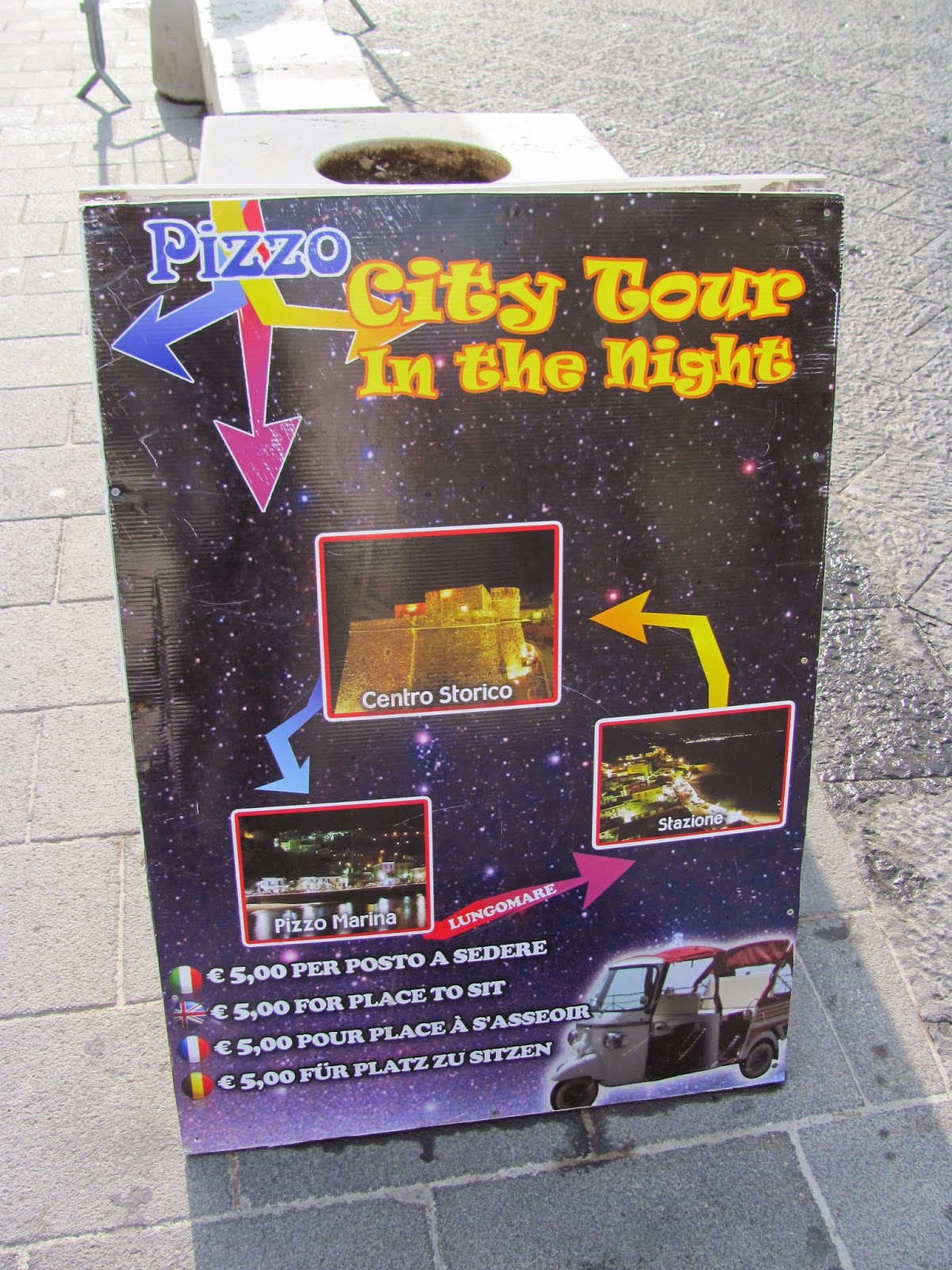 This plaque was new, commemorating the 150th anniversary of the unification of Italy.  At the bottom of the sign, it says March 2011, but we were there in April 2011 and I swear, I did not see this plaque, so I think it had yet to be hung: 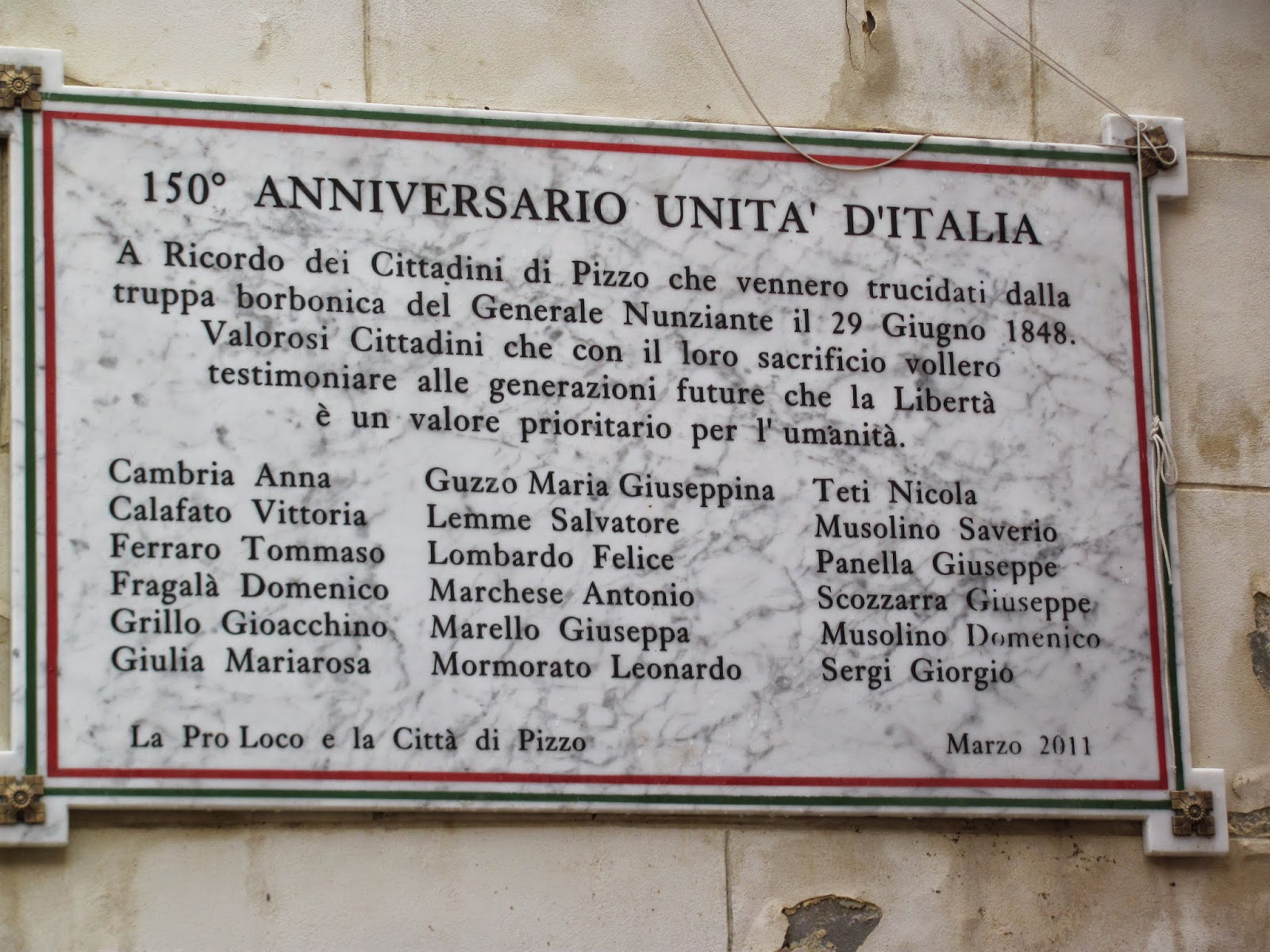 The Garibaldi Fountain.  I love that fountains like this in Italy, even in the South, have awesome water where you can fill your bottle: 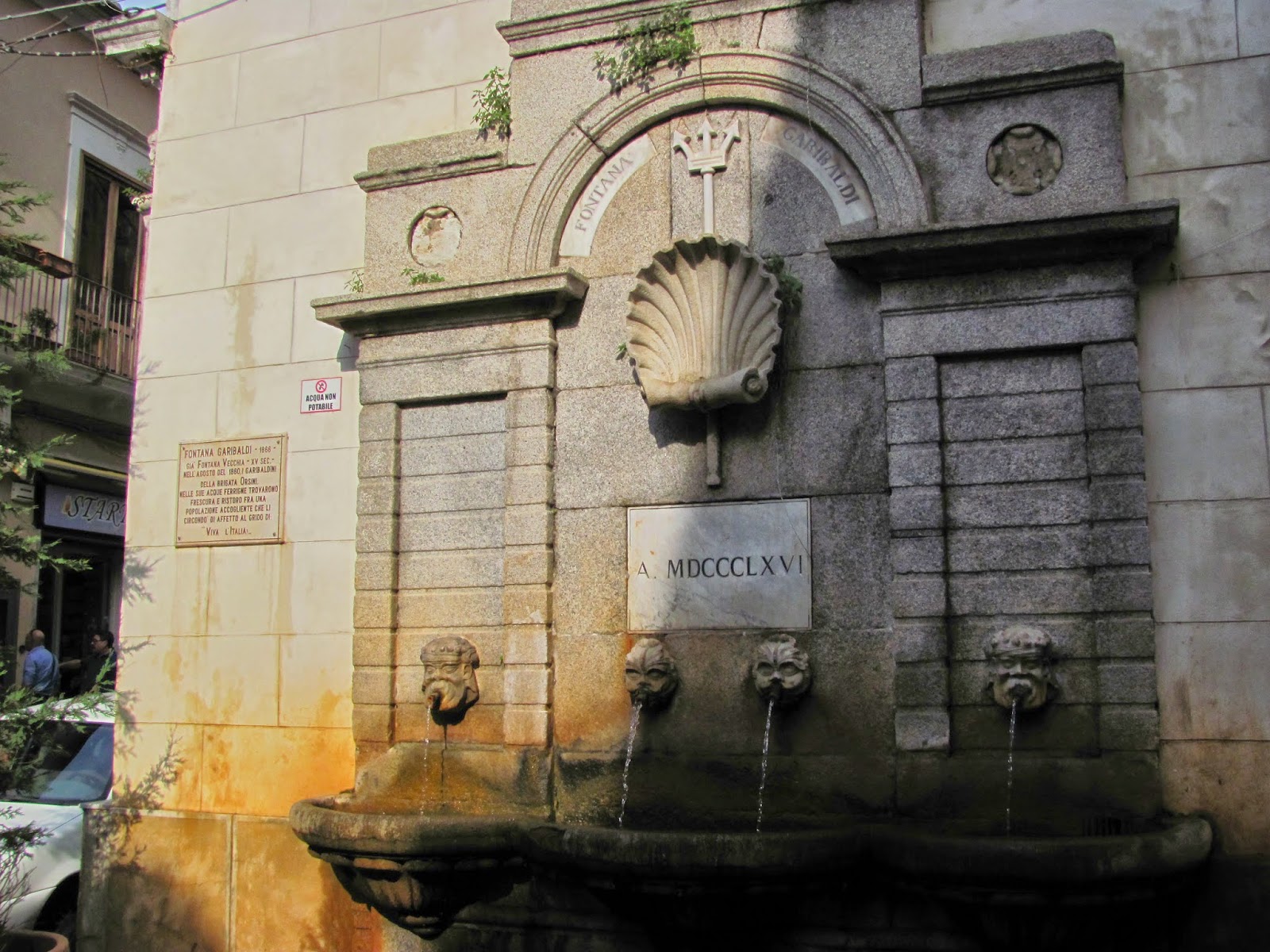 A plaque commemorating the birthplace of General Giuseppe Malta: 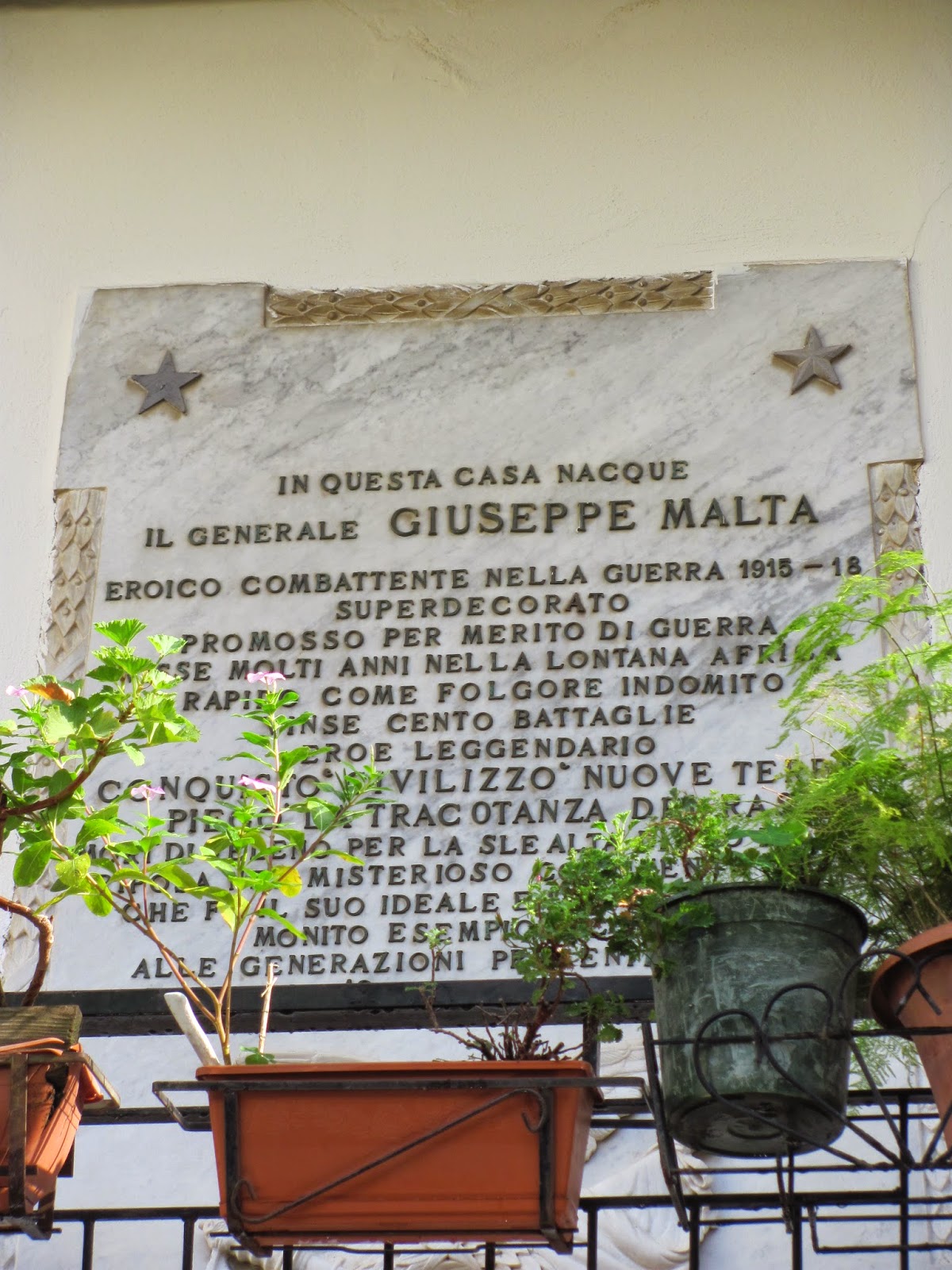 Another lovely view of Pizzo: 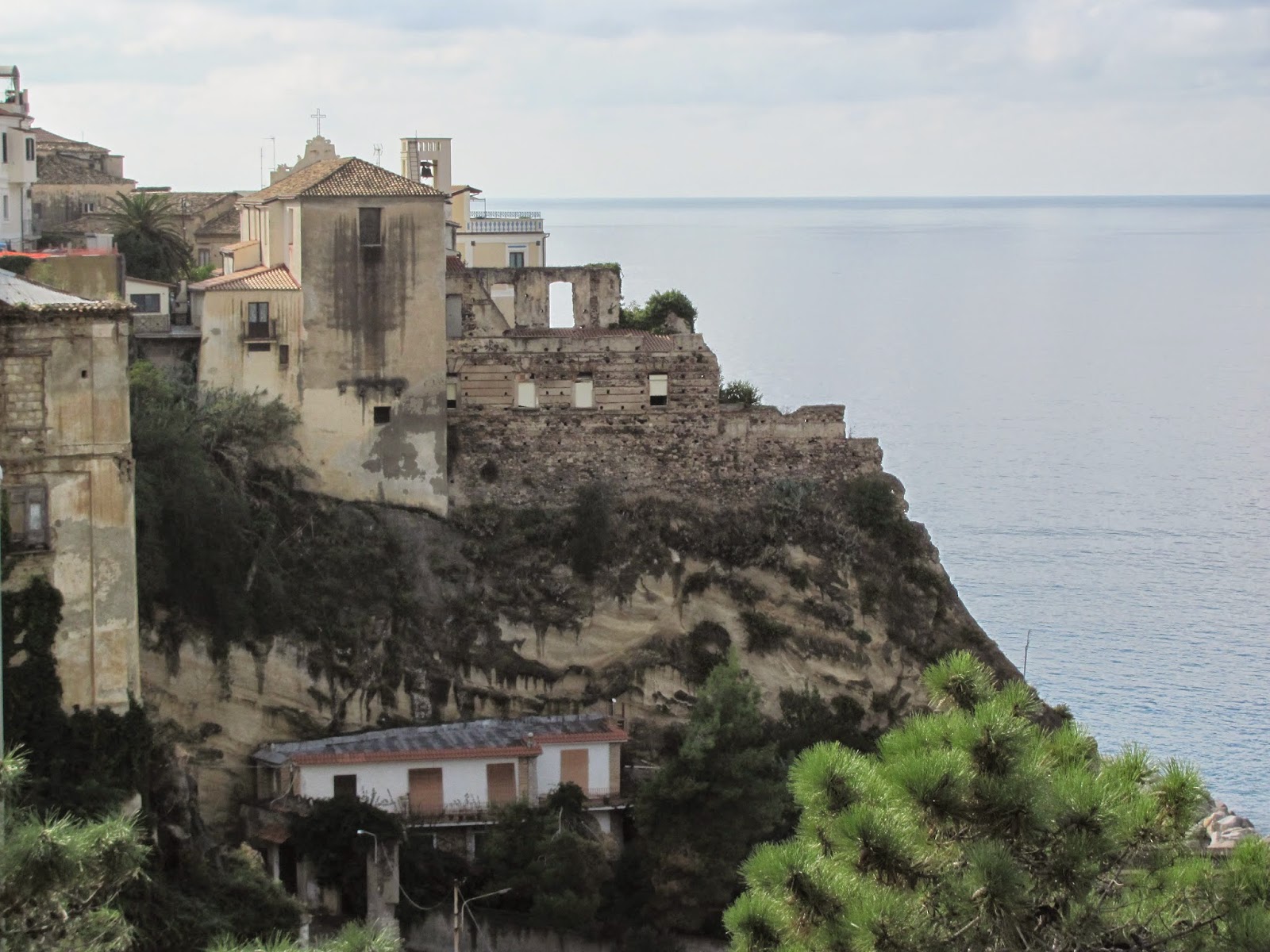 And unfortunately, as soon as we got back to Lamezia, typically Southern Italian traffic -- including this situation, where at this particular moment for no reason at all, traffic patterns are reversed and we're all driving like the Brits.  Presumably someone was blocking a lane of traffic, so traffic went into the oncoming lane to get around, the obstruction cleared and traffic then found an opening (albeit on the wrong side of the road) and moved immediately to fill it, because god forbid you wait 10 seconds: 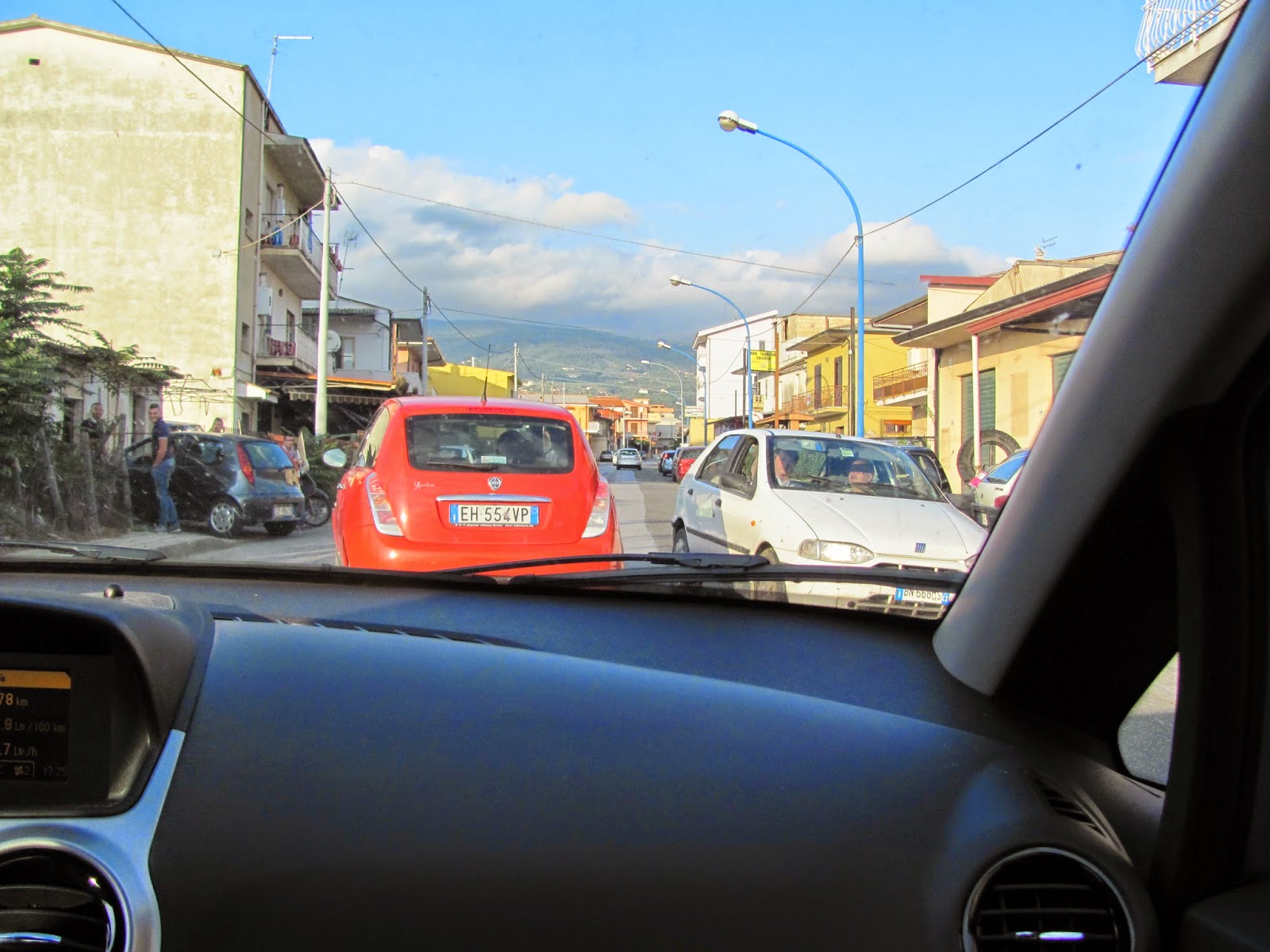