Short version of my weekend:  I want my hour back!

The time change may make commuting home in the evenings more pleasant though.

My weekend, again, was low key.

Saturday was filled with lots of sudoku.  A couple little projects (framing some of my brothers' wedding pictures for a 6-part frame (only 5 brothers are married, so one currently has two pics in the frames, until my next oldest bro gets married, if ever)).  One dinner from a recipe.

Sunday entailed 10 miles in the morning with friends.  Breakfast at home with a friend after the run.  A couple hours of volunteering.  A pedicure with another running friend.  And more sudoku, mixed in with a bit of laundry.

One high point was that I was volunteering for the St. Pat's race at our local running store, helping people who came into the store for the race by assigning and recording bib numbers and passing out shirts.

Well, while I was doing that, my accounting friend came in with her family to get new running shoes.  She was tearing up when she checked out (and not just from the $245 she spent on shoes for herself and her daughter).  She said she just couldn't believe she was in a running store buying running shoes that were fitted for her.  I'm so excited for her.  We both think early 2013 is a big turning point for her.  Suddenly she's walking.  Not just an hour with me on the treadmill once a week, no she's getting in a couple workouts on her own too.  Suddenly she's drinking water.  I still prod her a lot, but she's getting there.  I'm just so excited for her.

So that was my weekend in a nutshell.  Quite nice, just tiring -- I really do miss that hour of sleep!  Our boot camp on Mondays starts at 5:30 a.m., and today the instructor was joking that it was 4:30 bootcamp.


Food Questions
1. What did you eat for dinner last night? Leftover two mushroom barley stew put onto a piece of lavash and rolled up like a burrito.

2. If you could make one food calorie-free for the next year, What would you choose? Cheese.

3. How often do you go to the grocery store? About twice a year.  Haha.  But my husband goes about twice a week.  One day is the big trip, and he usually goes to 2 stores, occasionally 3.  Then the other day is just for a couple items, usually another bag of spinach and a couple bananas, and sometimes something he overlooked on the list.

4. Do you make a list before buying groceries? I make a grocery list of anything in particular that I need for a recipe, but I count on my husband to buy all the usual stuff, soy milk, veggies, tortillas, fruit, etc.

5. List three things that can always be found in your kitchen.  Frozen peas, drinking water, canned beans.  I want to move to using dried beans since I think they're cheaper and have less sodium, but the cans are just so convenient.

6. How often do you clean out your fridge? The entire fridge?  Almost never, maybe once a year, but about every couple weeks when a shelf or drawer is empty, I'll wipe it out.

7. Do you ever use a slow cooker? If so, will you share a recipe? I am trying to use it about once a week right now, but as it gets warmer, I usually use it less as we start eating salads for dinner more frequently.  I don't think any of the recipes I've used are online, but this is a link to my favorite slow cooker cookbook.  I tried to post a pic below of one of my faves from that cookbook.

8. How often do you try new recipes?  Usually about 2-4 per month, sometimes multiple recipes for one meal, but then some months I tend to make recipes I've tried before.  My resolution this year was to make 52 dinners from recipes per year, but they don't have to all be new recipes, just dinners where I'm following the recipe and not just throwing stuff together.

9. What is the most delicious meal(s) you make? Hmm, my best appetizer is a spinach artichoke dip.  I'd say my best entree is probably a veggie lasagna.  And my best dessert is either cheesecake or a chocolate cherry individual cake.

10. Share at least one thing that is currently in your kitchen even though you don’t like it.  Where to begin???  Canned tuna, bananas, cherry tomatoes.  Those are probably three of my husband's favorite foods in the world, things he eats every single week (and actually most days), but things I hate so much.

Now it’s your turn to answer this week’s questions! Don’t forget to come back and link up in the comments. Happy Monday, friends! 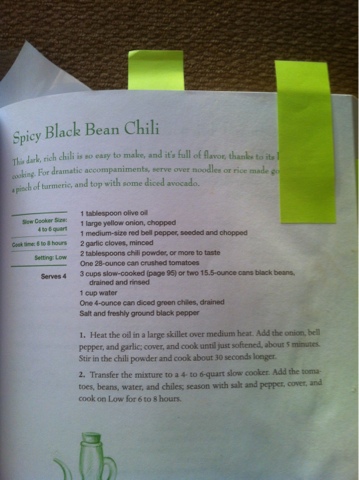