Most of our friends seem to have similar amounts of income to us.  I guess that's pretty common (especially since lots of people are friends with co-workers or former co-workers, who often have similar skills, education levels, earnings expectations, etc.).  We have a few friends who I would guess are very wealthy, and we have some friends for whom money is an issue frequently.  But for the most part, most of our friends are a lot like us -- not rich, but not poor.  Comfortable.


Quite a while ago (maybe in the spring?), we went on a blind "couples date" with a co-worker of one of my friends and her husband.  We went to the Italian Club with the couple and ended up being seated at a table with a third couple.  The couple we were set up with were great, but they were in a very different life place -- younger than us, but also a different stage.  She was about 10 months pregnant (we picked the date knowing they'd have to reschedule if the baby came), with their first.  As nice as they were, we didn't seem to have a lot in common based on one dinner conversation, and while we'd be happy to have dinner with them again (even repeatedly, they were very nice), they didn't seem like people who would become good friends of ours.  But the third couple at the table were exactly up our alley -- they were close to our age and kid-free travelers who especially love Italy (she is actually Italian, he's British).  We totally hit it off with them.


We exchanged numbers and emails that night and quickly started hanging out with this couple at least every few weeks (would have been more often except that the husband and I both were travelling a lot for work).  We'd be in touch with them often and were going out for dinner, sometimes going to see a movie, hanging out in each other's homes.  Totally awesome people.  Many times it felt like the restaurant staff was waiting for us to leave, or we were drinking in their garden and suddenly I'd realize it was about 4 hours before I had to get up and meet my friends to run.  Time just ran away.  We could talk forever.


Not that it matters in terms of getting along with people, but when you meet new people, there are things you notice.  Race, age, sex, build, hair color, sense of humor, interests, political leanings, and sometimes you get a general sense of someone's rough income based on their job and/or where they live, or even just things they talk about.  With this couple, they drove a pretty reasonable car, but during one conversation, I found out that they'd wanted to buy a "fancy" car but couldn't because it turned out they had zero US credit history, and their income and foreign credit history didn't really matter, so they had to buy the car with cash.  I knew where he worked and what he did, and I knew where she wanted to work, but she actually wasn't working (hadn't found a job in the US).  And I knew they lived in a nice house in a nice section of Dallas.  But not a huge house, and not an ostentatious section of Dallas.  I generally assumed they were relatively similar to us in terms of income.  If I'd been pressed to guess, I would have guessed they earned more, based primarily on their beautifully furnished home.


But as it turns out, they're significantly wealthier.  There were a couple hints (one of the cars they mentioned looking at before they found out they couldn't buy was a very expensive car).  But one night hanging out at their house, sitting around the table, eating and drinking, somehow we were deep in a conversation about ongoing changes and challenges in the economies of former African colonies, and we realized just how rich these people were.


They actually showed us the money: 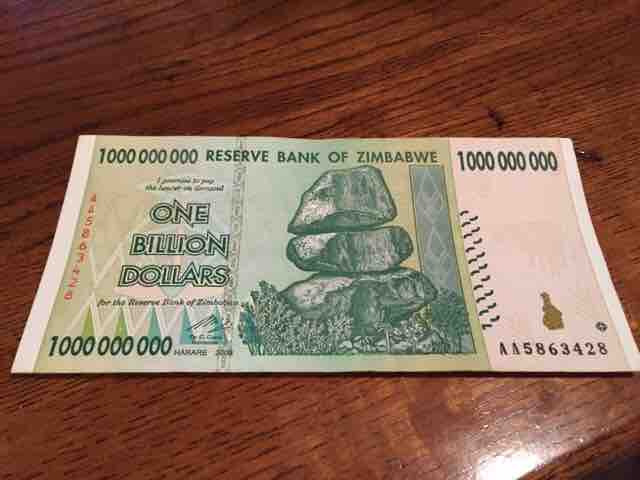 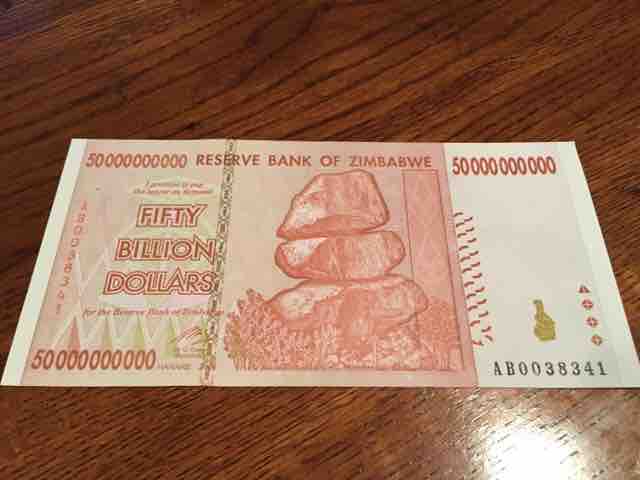 Wait, no, they're actually multi-billionaires!  Who keeps 51 billion dollars just sitting around?  Apparently these people do. 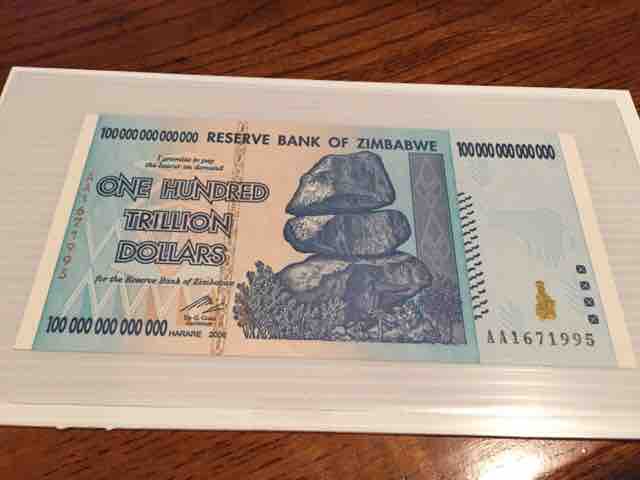 Strike that, they're trillionaires!!!!

And they seemed so down-to-earth...

As an aside, I love that they went to Zimbabwe while traveling, just to check it out.  Very adventurous.
Posted by Carina at 6:58 AM