Sunday night, after dinner, we were sitting in a bar with my brother and with my stepson, and my brother asked about highlights of the trip in terms of his son, this adorable little guy (who does lots of Chinese-style crouching, butt an inch or two off the ground, holding this position with no issue): 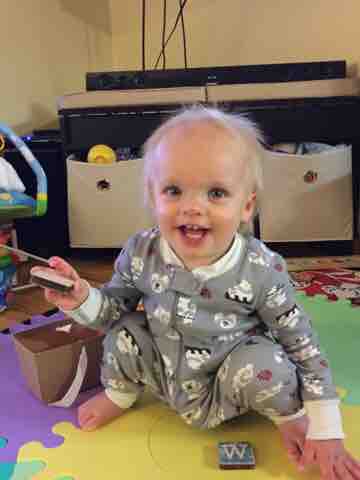 For me, the Willard highlights were easy -- it was Sunday morning, after the Easter egg hunt following church.  He let me carry him all the way to the car and put him in his car seat.  Even though his mom was in sight.  Usually, he's perfectly content to be held by anyone unless his mom is anywhere with 100 yards, then he only wants her.  After we got to the car, we drove to Starbucks and he let me carry him in with no resistance.  He caught sight of his mom while we were waiting for coffees, so he got fussy and wanted to go to her.  She took him and promptly set him down.  Then her name was called and I said I'd watch him.  I snatched that little guy back up and took him outside and walked up and down the street with him.  He let me give him a few little kisses on his head.


That by far was the best part.  Second best was that while he was eating, sitting in his little chair, he'd let me give his head about 100 kisses at a time.  Ahhhh.


In terms of non-baby highlights of the trip, there were tons for me.


I went on a run in the Headlands with my brother after work on Friday.  It was awesome.  Impossible, but awesome.  Of the 7.6 miles, two of my splits were over 16 minutes.  Yeah, lots of walking involved.  But so beautiful.


Our elevation chart for the run: 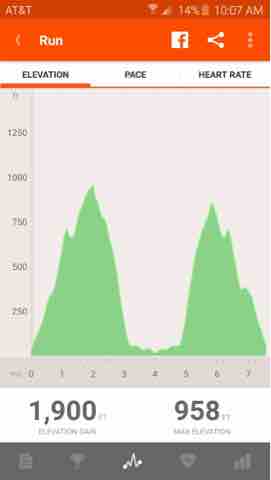 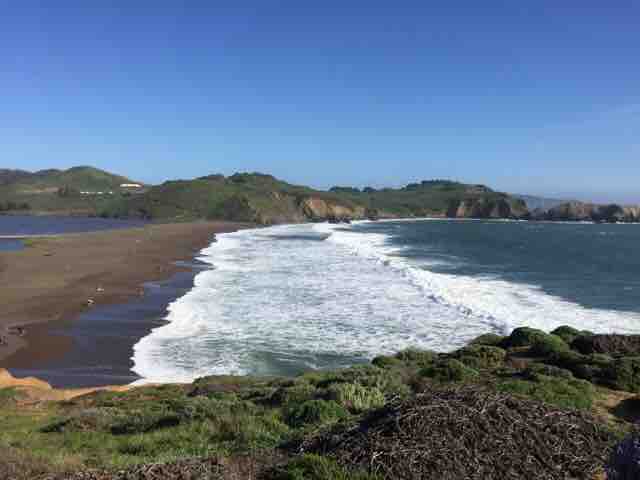 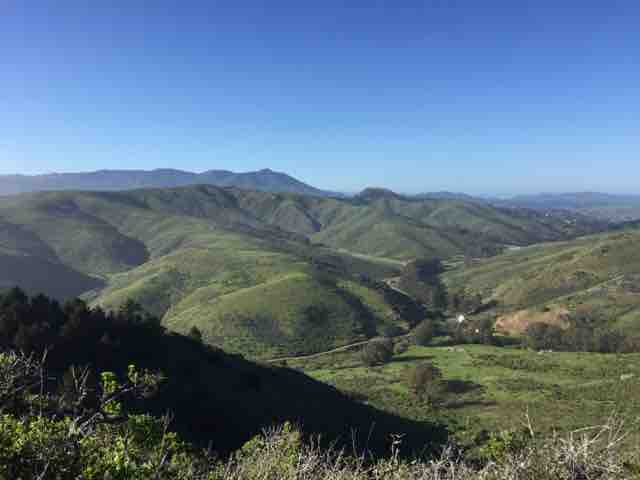 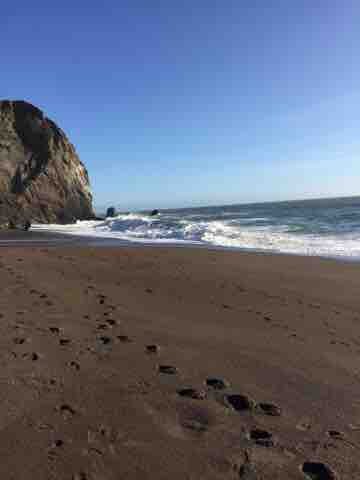 I also loved working on Friday in my brother's office with him.  Typical tech company I guess.  Lunch brought in (sweet guy ordered an awesome veggie meal for me), full kitchen with everything you could imagine for breakfast and snacks, beer keg, ping pong tables, pool table, tons of couches, most people working in random places and very few at desks, everyone seemingly at least a decade younger than me.


This is how they "work" in Cali (some ping pong, someone randomly just working on a couch): 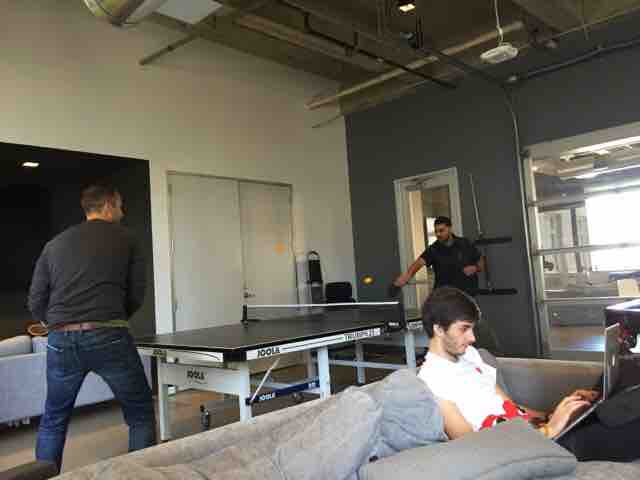 That lady was making a huge bowl of guacamole we all got to enjoy with lunch: 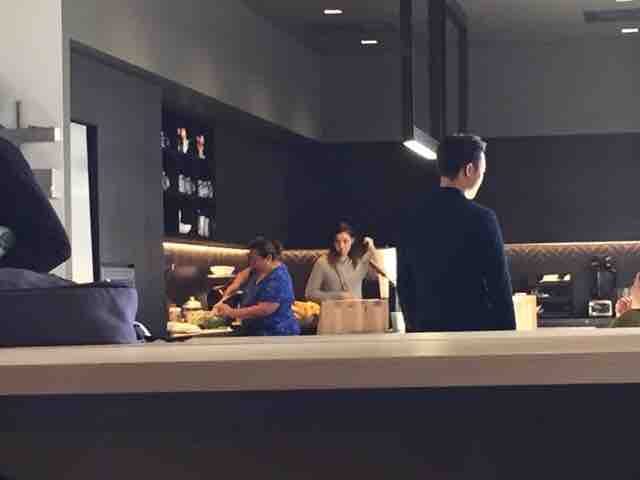 Also loved a lunch on a restaurant's dock in Tiburon on Sunday afternoon: 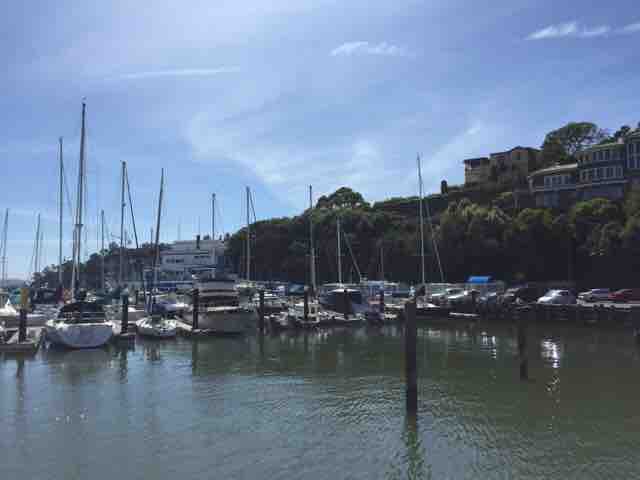 My husband's highlight of the trip was seeing his son's stand-up comedy routine.


My brother's highlight was going out after the comedy show and seeing how proud my husband was and how happy his son was.


The low-light was going out for dim sum, being told it would be 20 minutes, and being put continually at the bottom of the list it felt.  Was it racism?  I don't know.  I do know that we saw lots of other people arrive after us and be seated before us.  It was very frustrating.  We should have just left but, mmmm, dim sum.... Eventually after about an hour, including more than 15 minutes of being the only people waiting, we were seated. 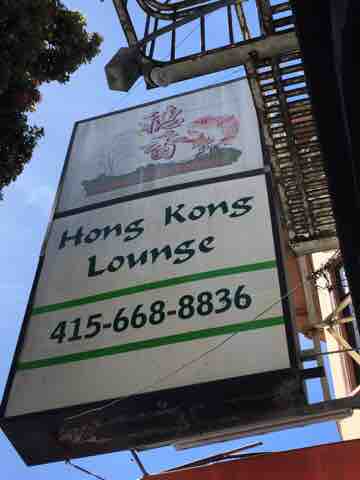 Delicious dim sum was followed up with bubble tea (at someplace else!): 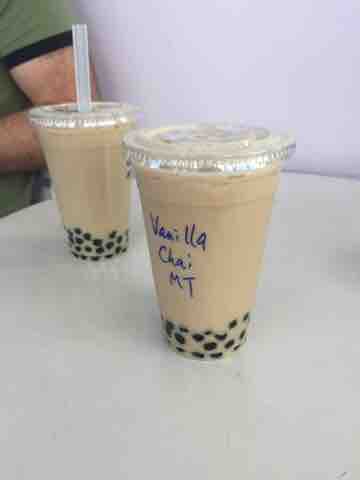 And then a walk in Golden Gate Park, complete with a drum circle: 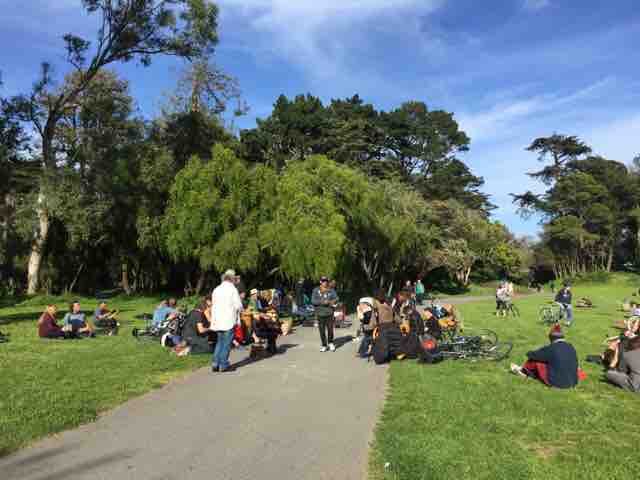 The runner up low light was my nephew melting down for about 3 hours Saturday night -- screaming his beautiful little head off for no apparent reason from 11:30 to 2:30.  Yet he seemed wide awake and as cute as ever Easter morning: 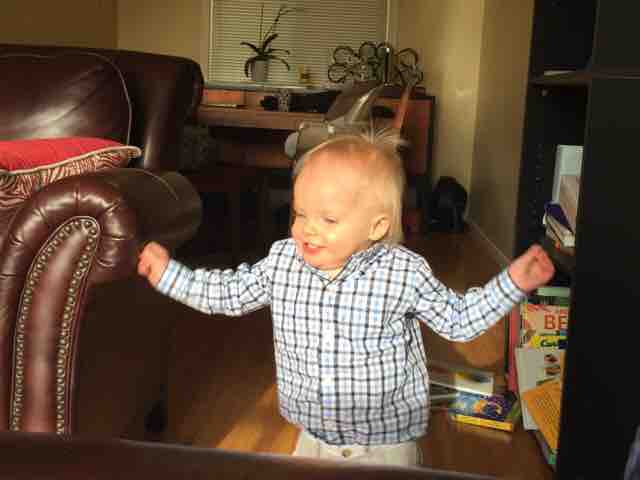