Something like forever ago, I was nominated for an award by Chris up in Canada who blogs at Wisdom, Courage, Power.  I found his blog through Friend Making Mondays, which is a weekly series of questions posted by Kenlie, which sometimes leads to finding interesting blogs.  I've been following Chris's quest to do more ever since!

It's taken me several months to pull together this post, mostly because I struggled to come up with my own questions at the end, but here goes!

The Liebster Award
The nomination entails the following: 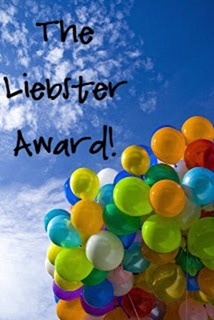 Here is how the award works:
Each blogger posts 11 random facts about themselves.
Answer the questions the tagger has set for you
Choose 11 new bloggers to pass the award to/nominate
Come up with 11 new questions to ask your nominees
Go to their page and tell them about the award.
No tag backs!
11 Random Facts