Texas State Fair Beyond the Food

A few random other pictures from the rest of the fair...

Little baby chickens (or ji, as I will be saying right now in Chinese!): 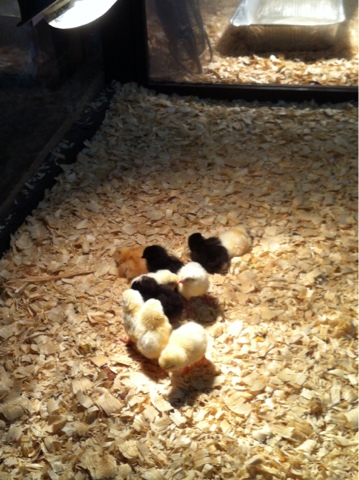 Fried food awards for this year: 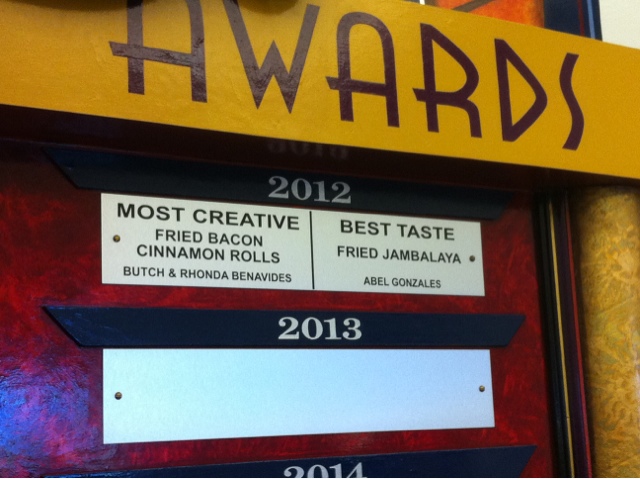 The cutest pig at the fair: 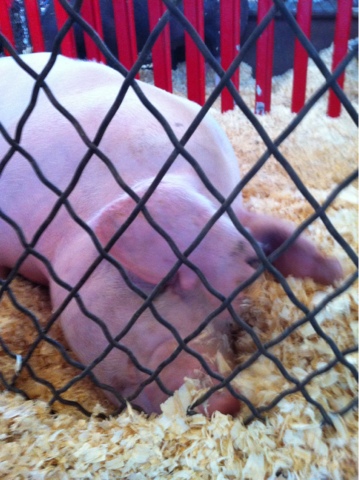 Little hungry piglets at the fair: 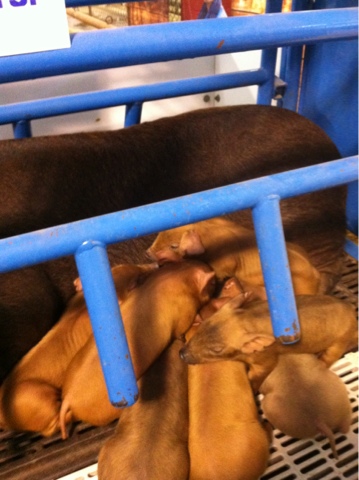 A longhorn, I guess a Texas fair staple: 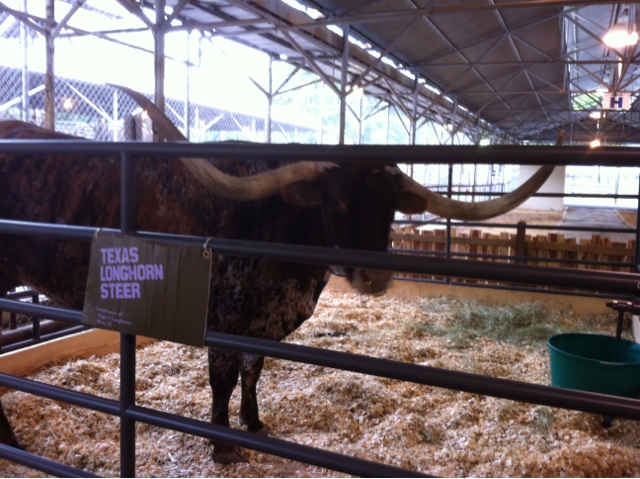 At first I thought cow and calf, but actually a zebu (and calf, or whatever a baby zebu is called): 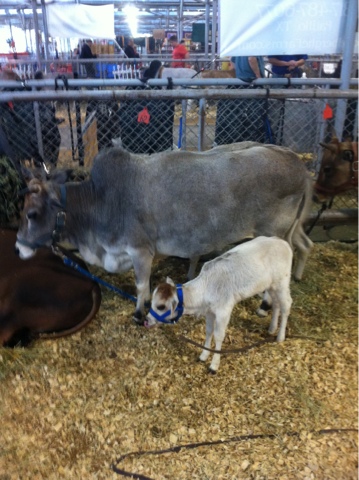 Another shot of the pig that was just so cute: 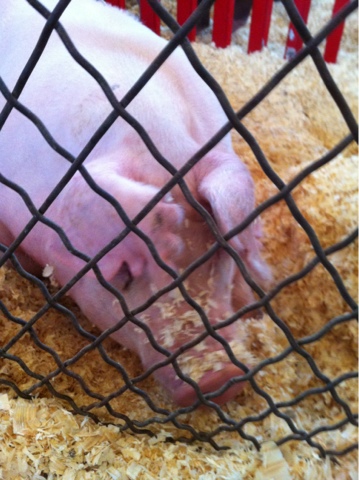 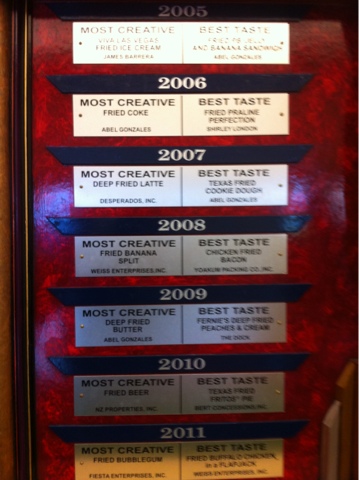 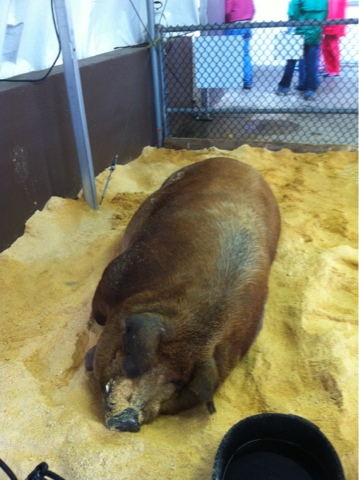 Information about Boris (a new pig every year is named Boris and displayed apparently): 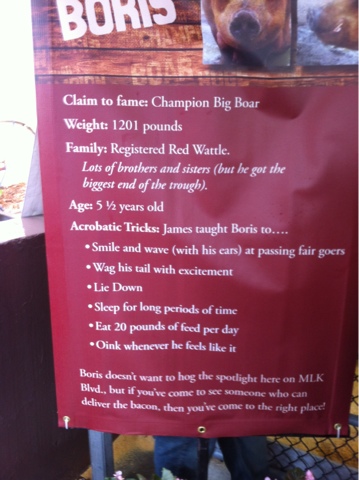 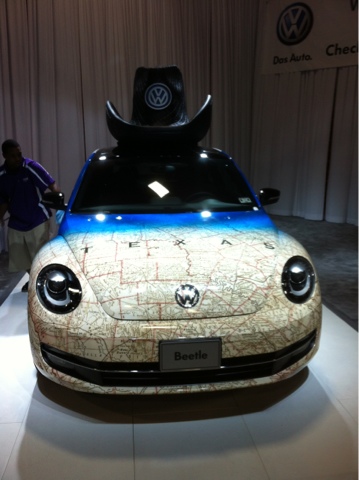 And there you have it, the fair, beyond the food, in pictures.

If all goes according to plan, I'll be back from China this week and doing non-pre-written posts!
Posted by Carina at 6:32 AM